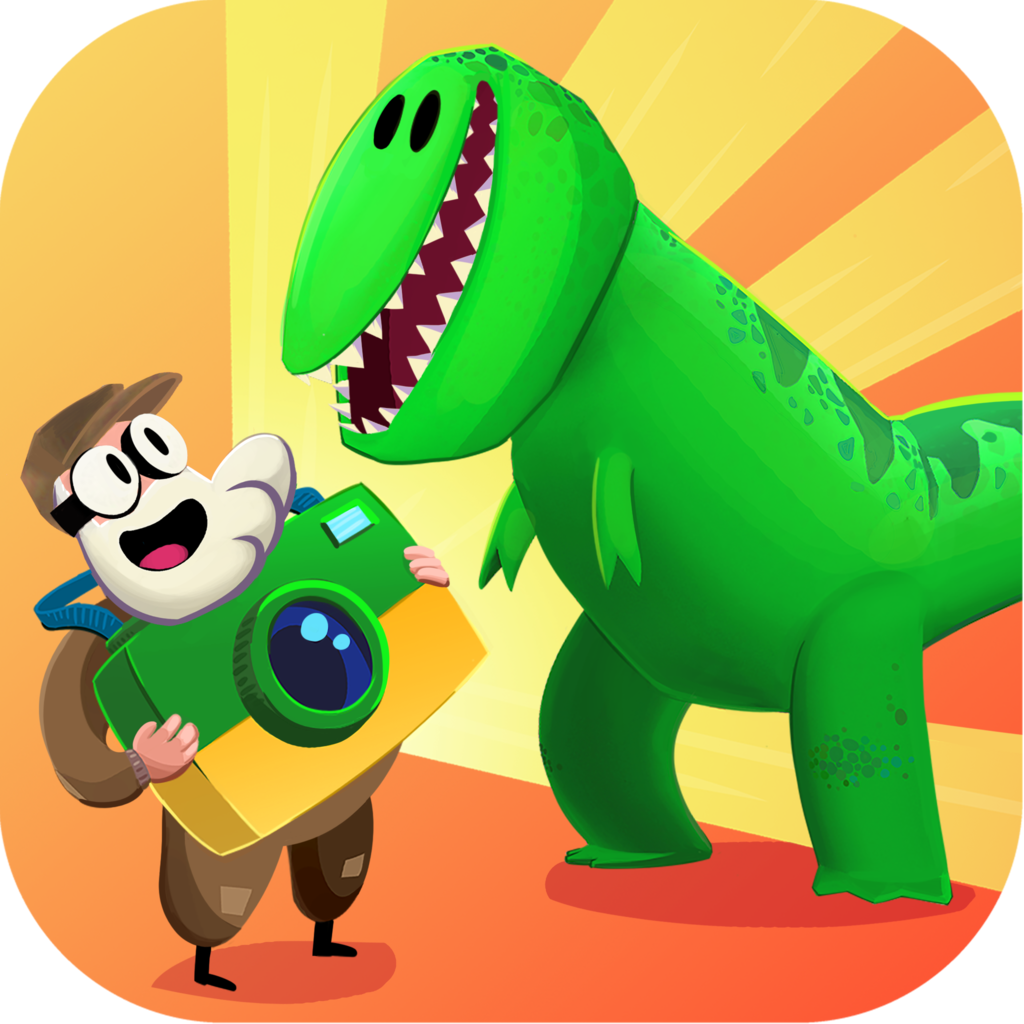 “Pokemon Snap on the GO” - PocketGamer

"It's a calming, sedate stroll through lovely environments packed with dinosaurs far cuter than they have any right to be" - Matt Suckley

"Dinosaur Go has incredible animation and a relaxing soundtrack, kids and adults sure will love the heartwarming cast of dinosaurs." - MobileStartupZ

"It's Pokemon Snap!! ... this is actually a really cool idea." - TheGamingBeaver (YouTube)

"Jurassic GO is a fun and colorful photography adventure, with dinosaurs. Camera in hand, your job is to document the dinos, capturing cool moments and eventually building an awesome museum with your findings. It’s got the soul of 90s cult favorite Pokemon Snap and the guts of a slick modern mobile game. What’s not to like about that?" - TapSmart

Get ready for your next Jurassic GO adventure - Join The Captain to photograph the rarest, funniest, and wildest dinosaurs of ALL TIME!

Discover extraordinary and quirky dinosaurs in this amazing Jurassic Adventure. Snap their photos and build the greatest Dino Museum on Earth! With incredible animation and a relaxing soundtrack, kids and adults alike are sure to love the heartwarming cast of dinosaurs such as the mighty T-Rex and mischievous Raptor waiting to be discovered in Jurassic GO: Dinosaur Snap Adventures!

* SNAP pictures of amazing dinosaurs. each with a fun, unique and quirky persona! There is a Dinosaur for everyone waiting to be discovered in Jurassic GO: Dinosaur Snap Adventure!
* EXPLORE SPECTACULAR LANDS - steamy SWAMPS, a magnificent CRATER, flowing RIVER and mysterious BADLANDS!
* DISCOVER: Enigmatic RARE & LEGENDARY DINOSAURS!
* BUILD - the greatest museum on earth in an exciting new age of discovery!
* ENCOUNTER Prehistoric Wonders: Travel to the island of the dinosaurs to see what life was like before man – and capture it with your camera!

FEATURES
* SNAP THEM ALL - Captain needs your help to capture amazing Dinosaurs with your trusty camera
* UPGRADE YOUR CAMERA - ZOOM-IN to get up close, personal and find their hiding places
* INTERACT with DINOSAURS - TOSS GOOFBALLS and PLAY THE HARMONICA to encourage the shy and elusive Rare and Legendary Dinosaurs
* CONSERVE and Collect: Spread awareness of natural wonders, one photo at a time
* SOCIAL - optionally GIFT and interact with friends to unlock hidden Legendary Dinosaurs
* 3D TOUCH: use special 3D Touch controls for ZOOM and 'PEEK and POP' for iPhone 6s
* REPLAYKIT - CAPTURE & SHARE videos of your photographic journey with fantastic ReplayKit

You'll have a blast capturing nature's prehistoric silly side in this fun photographic romp. Engage in a delightfully whimsical way to explore the importance of conservation and DINOSAURS!