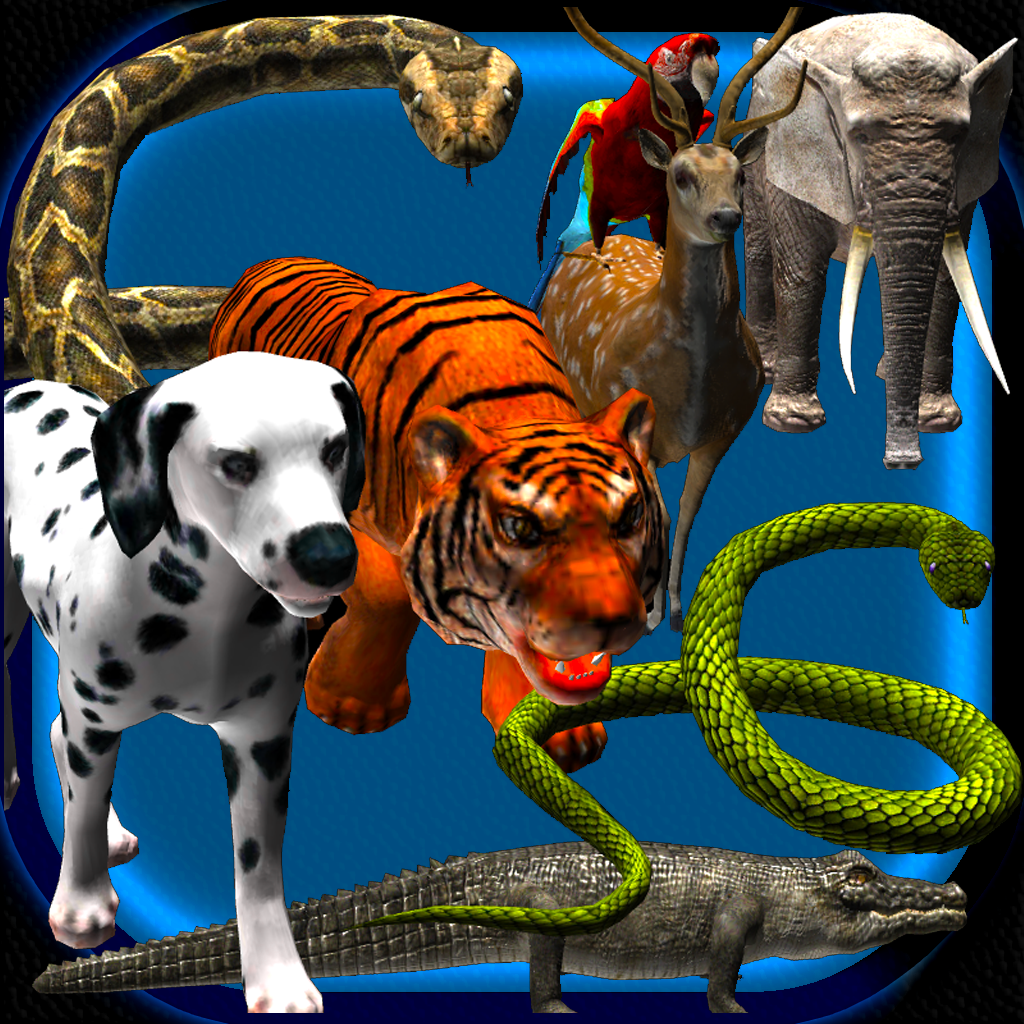 This is a 3D, high definition (HD), wild animals simulator, action and adventure game.
The struggle for survival in an exotic jungle. All of the forest animals have self sounds.
Animals:
All of the animals have main two parameter varying according to levels, courage and anger.
1. Python: You manage a python and fight and hunt others animals in the forest. The snake is upgradeable.
2. Lion: It is the enemy of snakes. Brave lion attacks, cowardly lion escapes. Beware of the claws and the teeth. And fight hardly.
3. Tiger: This is an enemy snakes. Attention it's paw hits.
4. Crocodile: This is the enemy. Attention it's strong jaw .
5. Bear: It is the most powerful enemy in the terrible forest.
6. Boar: Wild forest pig.
7. Elephant: It attacks the snake with elephant tusks.
8. Dog: It is an Dalmatian. It is enemy too.
9. Deer: Chase and hunt deers with snake bite. Deers are enemies. They attack with big horns.
10. Goat: They are white enemies. They attack with horns.
11. Pig: They are only victims.
12. Zebra: They are only victims.
13. Rhinoceros: They are enemies. They attack with strong horn.
14. Spider: They are giant enemies. They bite.
15. Rat: They are giant enemies. They bite.
16. Frog: They are giant enemies. They attack with their tongue.
17. Fox: They are clever enemies.
18. Wolf: They are terrifying enemies.
19. Bat: Spit and shoot with snake venom.
20. Eagle: It can attack. Spit and shoot with snake venom.
21. Owl: The original inhabitants of the forest.
22. Parrot: Colorful and beautiful voice.
23. Duck: It flies and floats freely in the creek.
24. Giant dragonflies: Bravely without fear, spit and shoot with poison.
25. Giant bee: Spit and shoot with venom.
26. Crow: Dark birds in the forest. Shoot them with poison.
Features:
+ 3D Animal actions.
+ 40 Levels and missions
+ High definition (HD) graphic.
+ Realistic physic.
+ Natural fighting
+ Selectable camera.
+ 26 different animals. Birds, bugs, reptiles, animals.
+ Seamless and serial control with tilt sensor and four buttons.
Tips:
+Play strategically.
+For high score, hit remotely with venom.
+Attention courage and anger parameters.
Follow on Facebook:
facebook.com/naturalactiongames 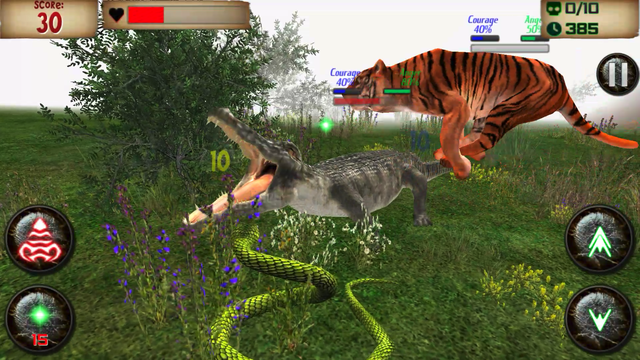 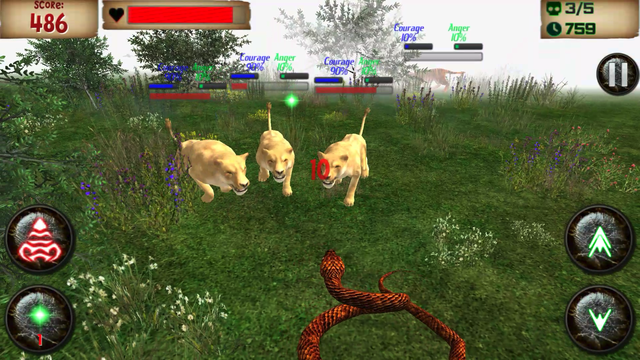 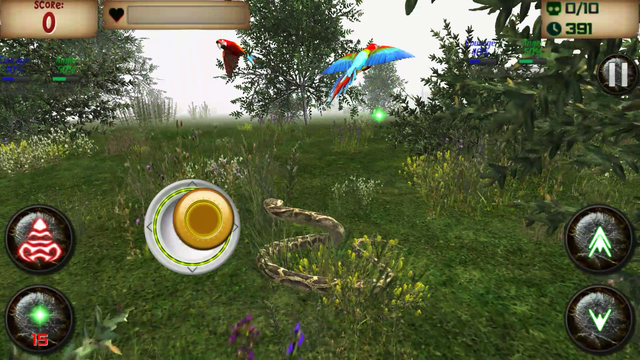 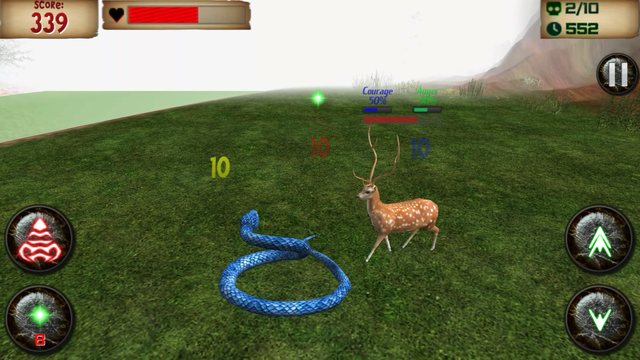 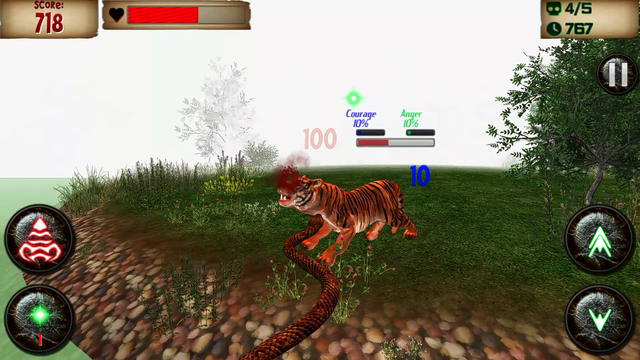