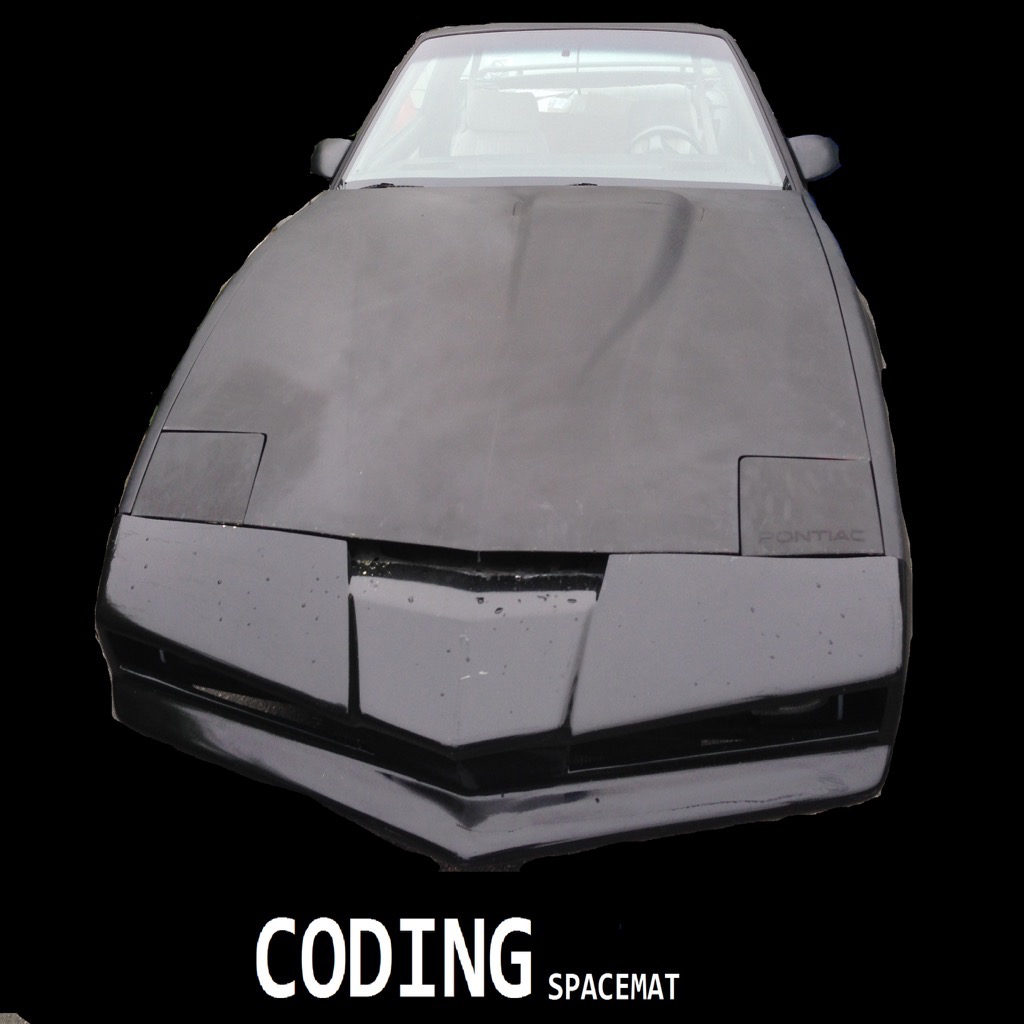 This App will make you feel like K.I.T.T. or K.A.R.R. are by your side and ready for duty!

K.I.T.T. and K.A.R.R. coding Spacemaps
This is an exact replica of the Coding spacemat used in KITT
Each button in the Spacemap has a tone and then a sound effect.

Onboard Music system - Play local Iphone music with a cool K.I.T.T. look to it. K.I.T.T. will play your music while you drive, work, play etc.... There are 2 voicebox views added for this, for your enjoyment.

KREVQ - K.I.T.T. and K.A.R.R.'S voice boxes will react to the sounds in its environment. If you say something or play music near the voicebox it will react to make it look like he is talking. Also has a limited record and playback function (nothing is saved)

Speedometer - Works off of the devices GPS to give you a nice speedometer.

PLEASE NOTE TO ENSURE PROPER OPERATION OF THE SPEEDOMETER. AFTER THE APP IS RAN FOR THE FIRST TIME AND THE SPEEDOMETER BUTTON IS ACTIVATED YOU MUST GOTO THE IPHONES SETTINGS APP AND DO THE FOLLOWING CLICK PRIVACY >LOCATION SERVICES>KR2000 THEN CLICK UNDER ALLOW LOCATION ACCESS "WHILE USING THE APP" THIS WILL ONLY HAVE TO BE DONE ONCE.

*****Watch App****
Comlink Replica with a Mabber Labs twist to it, The Comlink is displayed on the watch with some cool animations. There is also a K.I.T.T. and K.A.R.R. button for quick access to the mini spacemap. This will allow buttons pressed to trigger sound effects on your iphone. Great for parties or making someone think that your car is talking.

This app is not only great for K.I.T.T. and K.A.R.R. replicas but also great for a hand held simulator. Its great as a companion on your desk at work, in your car on those long drives or any where else in your life that you may need K.I.T.T.

There will be plenty more updates available... In the future :)