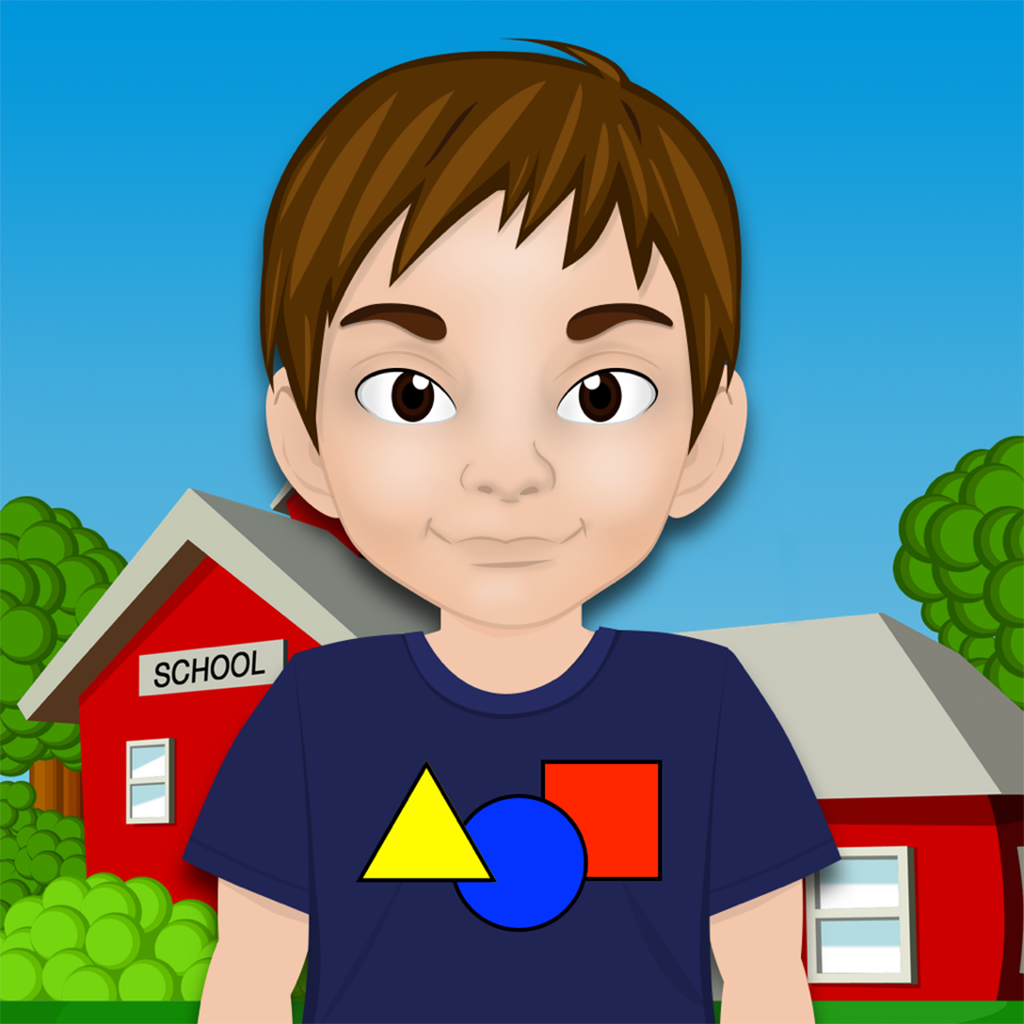 What is the Game Like?
- Select from one of six characters to get started. You can choose either a boy or a girl with different ethnicities. Give you character a name and you’re ready to play.
- You start on level one; pop the balloons with the correct primary colors. After completing three rounds of balloon colors you’re given your reward, a star score and coins.
- Unlock new levels for every level you complete, the new level harder than the previous. There’s 28 levels in all covering all skills needed for Kindergarten geometry.
- Earn coins by playing through the levels and the harder the level the more coins you’ll earn. You can spend your coins on new clothing for your character, however you like.
- To track your skills, you can complete the daily practice mini game. Each of the six standard skills will be tested with progress being tracked for each. Plus, you’ll earn 10 coins just for completing it.
- If you can get three stars on each of the 28 levels, a perfect game, you’ll receive a special prize!

Why Kids Love It
- We’ve focused on making the games fun, they’d want to play them even if they weren’t educational.
- Earning coins to purchase new clothing for your character is a great reason to want to play over and over
- The games start easy and get more difficult with each level. There is no intimidation, any child can have fun playing.

Why Parents Love It
- While they’re playing games, kids don’t realize they’re learning. There’s much less resistance because they’re having fun.
- The difficulty increases as your child plays through the levels. You’ll be shocked at how quickly they learn.
- You’ll be able to track your child’s progress to see which areas they need more encouragement
- The subjects taught are aligned to the Common Core curriculum being taught in many schools in the US
- The game has been developed in partnership with a Kindergarten teacher specializing in iPad learning
- Shapes and Colors for Kindergarten is a universal app, works on iPhone and iPad at no additional charge
- There’s no in app purchases and no popups bugging you for reviews. We’re parents too, we know how annoying these are.

Why Teachers Love It
- There are six different characters to choose from with two genders and three ethnicities. Each student can find someone they like.
- The game follows the Common Core standard for Kindergarten Math -> Geometry (CCSS.MATH.CONTENT.K.G). All six requirements are covered in a variety of ways.
- Daily Practice mini-game covers all six sections of Common Core and can be required before child plays the game levels
- We track progress of the standards across multiple students with a pass/fail score for their daily practice and a star score for the 28 levels.
- The questions we ask use language suggested in the standards: “Touch the pole in front of the red pole” for example.
- We tackle the more difficult concepts of 3d/solid shapes with floating asteroids and rotating cube bubbles. No other game comes close!