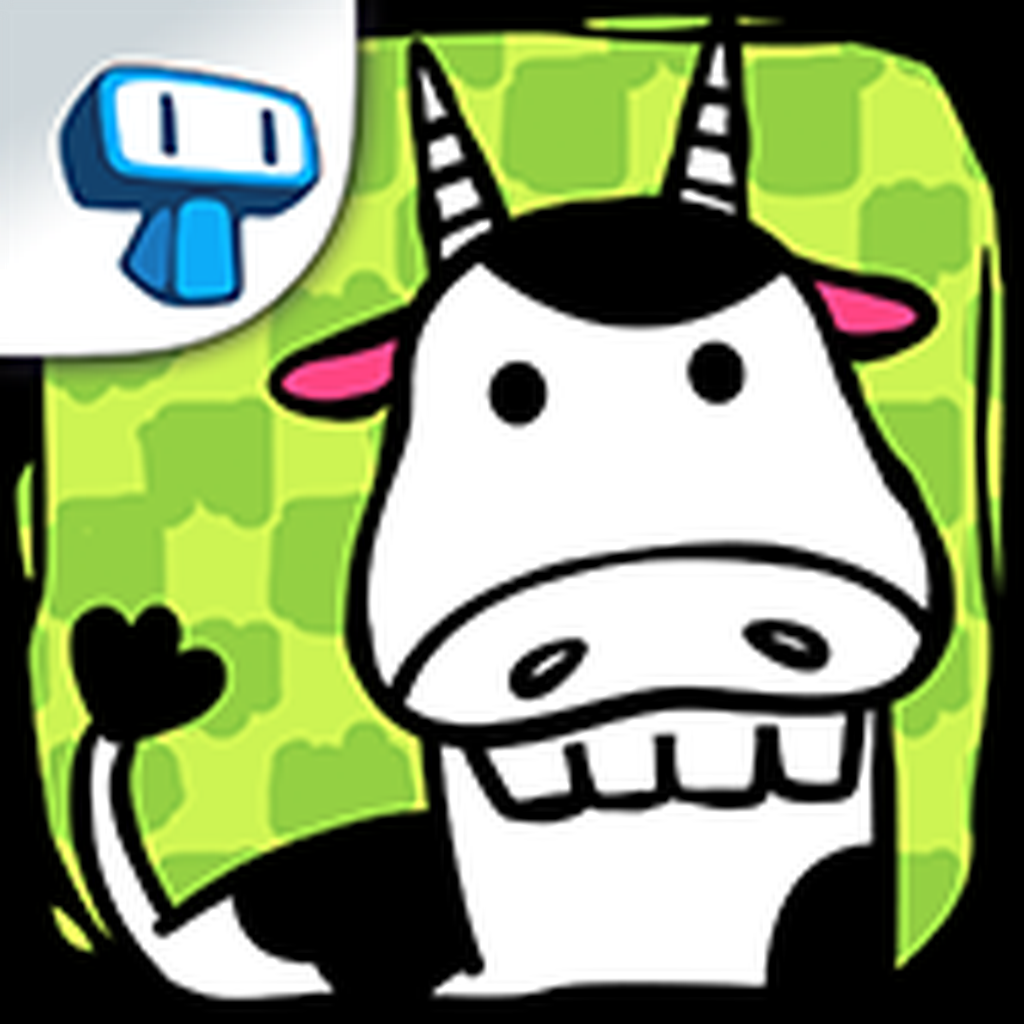 Find out what happens to an ordinary cattle when mutations start taking place in an evolution simulator environment.

In Cow Evolution, a scientific mutant maker and evolution simulator, you can combine cows to evolve them, discovering in the process the most curious, exotic and bizarre forms of cows that ever inhabit farm games. As evolution continues to spread in this frenetic farming simulator clicker game, zoom out from your farm game and explore the continent, the world and BEYOND that exist in this evolution simulator.

You, as a monster maker, must show your work to the entire universe!
Start your own scientific farming simulator journey, witness first hand the incredible transformations that happen in a delicious cow milk game and grab your monster maker degree! Give chase to your crazy aspirations of becoming a great mutant maker, getting richer and promoting genetic mutations in farm games. Show your friends that clicker games can be very fun and crazy.

Cow Evolution is a clicker game that is easy cheesy!

• Use all possibilities in this evolution simulator to drag and drop similar cows and evolve them into new and more profitable creatures. Then, assume the position of the greatest mutant maker in farm games.

• Four different stages of evolution simulator and many forms of cows to choose as guinea pigs for your monster maker experiments: monster cows, alpaca cows, alien cows and more. Discover the entire flavor hidden in this amusing cow milk game!

• Much more than the cow milk games that you're used to! Unleash your monster maker spirit and fill this farming simulator with a variety of mutant cows.

• Mutations like you have never seen before in a farming simulator

• No cows were harmed in the making of this scientific cow milk game, only developers accustomed to the serenity of farm games

Forget everything you know about the usual cows you saw in clicker games. Cow Evolution tells you first hand the story about how cows, after evolving at the hands of a crazy mutant maker, will take over the world and beyond. This is a monster maker story no one dared to mention… yet!

Watch the process of mutant maker evolution in a very peculiar way. Download now Cow Evolution and check it out for yourself!