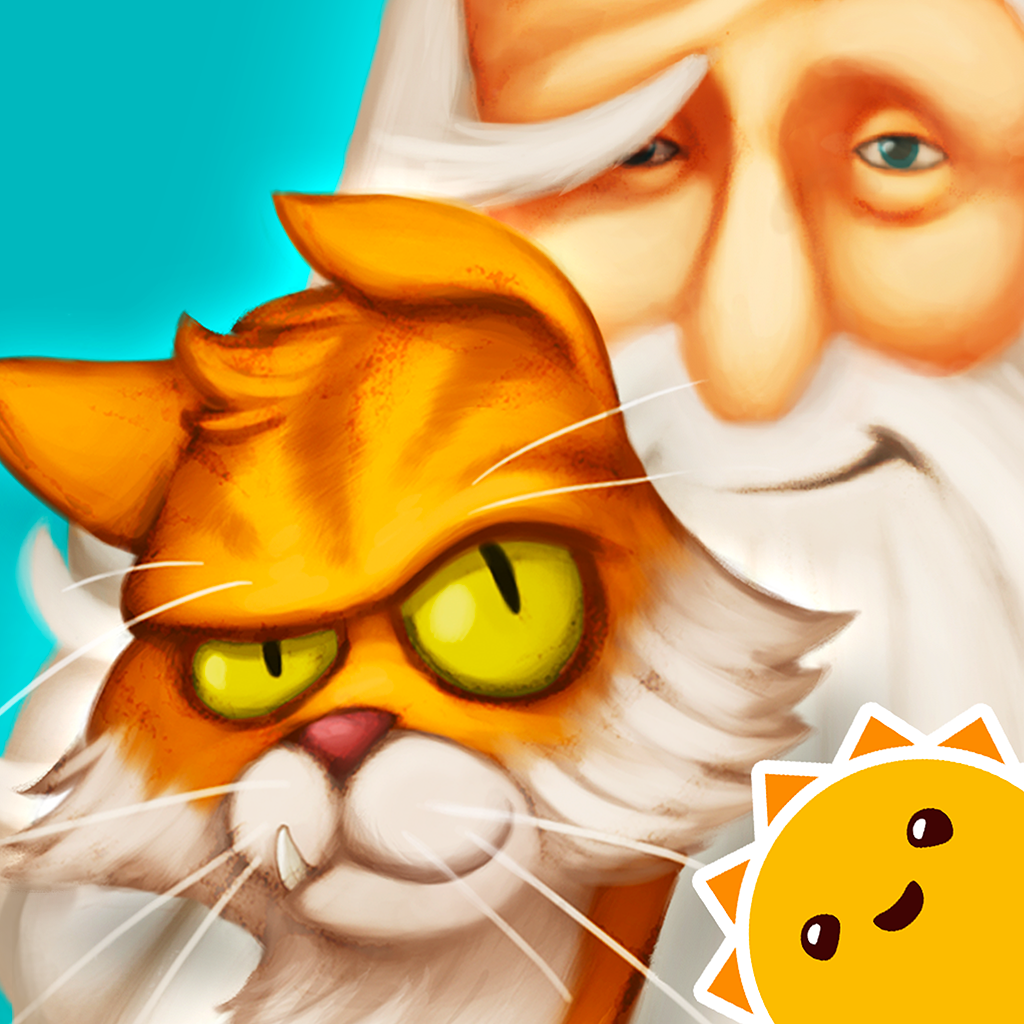 Available in French, Spanish and German.

Leonardo’s latest invention, the Automaton, has been stolen by his devious arch-enemy Michelangelo. You must help Scungilli, Leonardo’s brave and long suffering cat, as he searches the ancient city for the Automoton, negotiating ominous obstacles and terrifying traps as he goes. Use your wits and an arsenal of da Vinci’s cunning inventions to negotiate levels and guide Scungilli to safety. But one false move – and it’s back to the drawing board!

FEATURES
● 60 unique puzzle levels across 6 environments crammed with exploding/crashing/splashing fun!
● Beautifully-animated cut scenes featuring Patrick Stewart as the voice of Leonardo da Vinci
● Lush visuals and captivating soundtrack inspired by the Renaissance world
● Incredible inventions including cannons, catapults and ornithopters!
● Packed with fascinating educational content based on science, art, physics and other wonders of the Renaissance 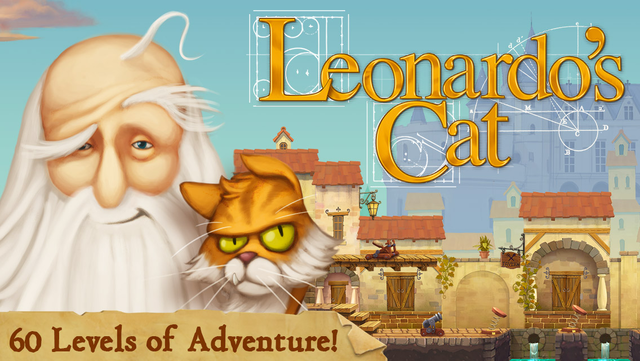 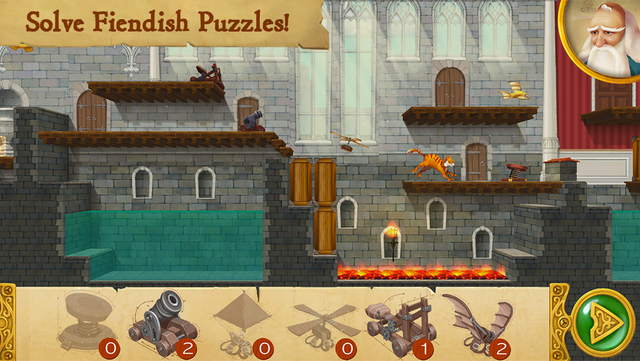 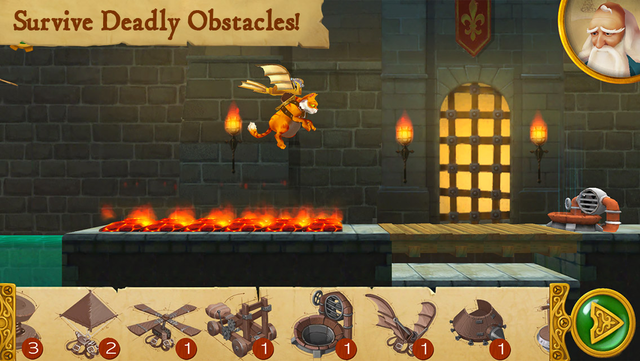 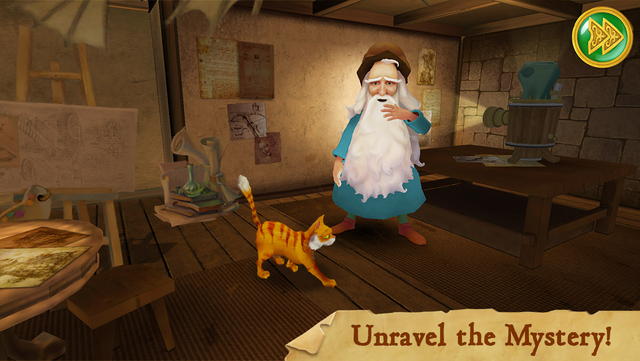 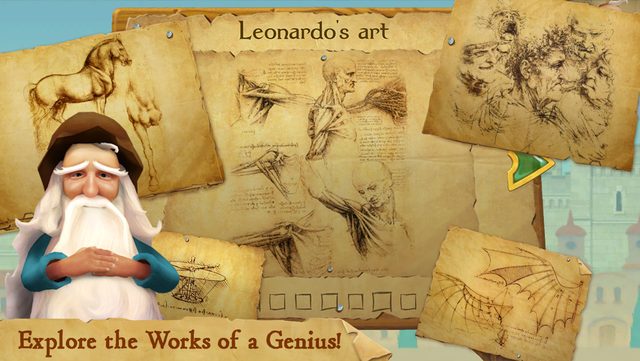