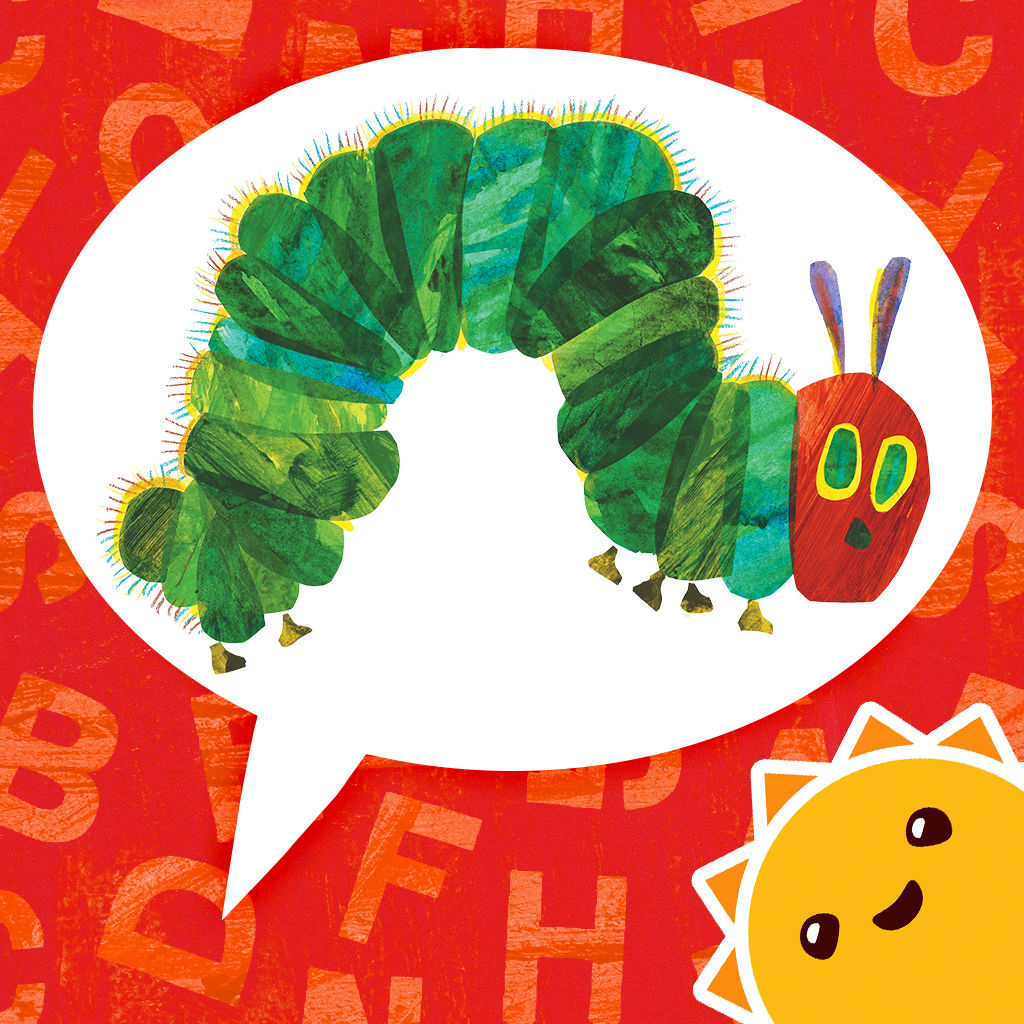 It's also the perfect app for parents and little ones to share, combining enchanting illustrations by Eric Carle, simple word labels, and friendly narration. In addition, you can turn the app into a language-learning tool for students of all ages, simply by choosing a second language in the menu.

The app is just like a real book, so it’s easy to find your way around. Each page is introduced by a playful rhyme, while bright and colorful images pop-up magically as each 3D scene opens. When your child taps a picture, they see and hear the associated word, making this a powerful tool for learning new words as well as reinforcing those they already know. The final page is a quiz, allowing young readers to see what they have learned. With the second language option, they also can explore other languages too, including Spanish, French and German.

The words are grouped into 13 different categories to get children thinking and talking about the world around them, including farm, jungle, sea and garden animals, food, clothing, family, transport and objects around the home. 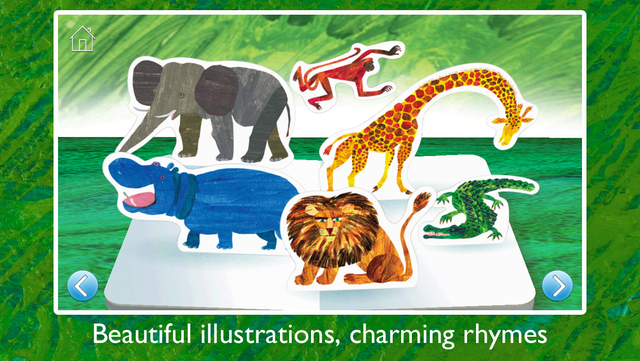 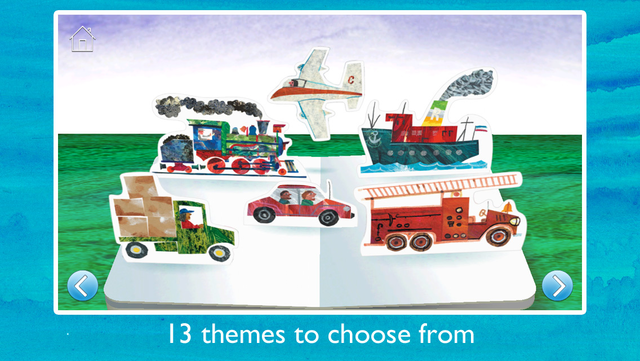 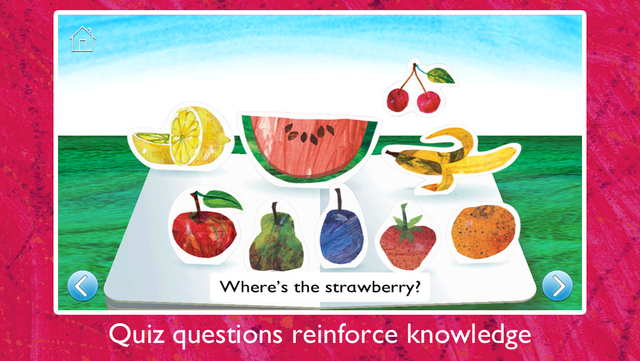