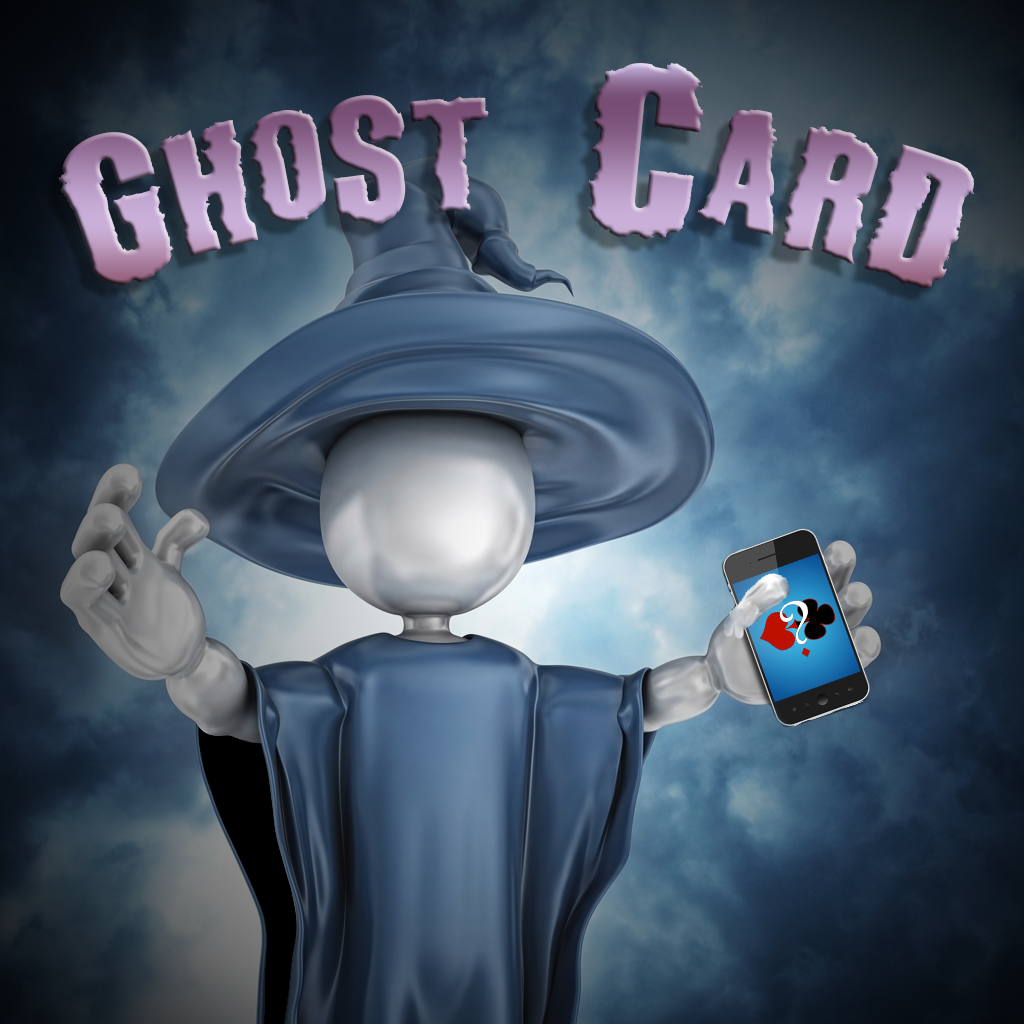 From the creators of Email Wizard (an amazing app acquired by the legendary David Copperfield).

Ghost Card allows you to take a photo of any card held by the spectator (at any angle, in almost any lighting conditions) and later change the value of the card in that photo to any other card.

The spectator has free choice of any card, and the magician's prediction will be correct every time!

Ghost Card is a "stealth" app -- the spectator will never suspect that an app was involved. The credit goes to the magician, not the iPhone. The app can be used as a self-contained mind-reading effect, however mixing it into your current card routines is recommended. At some point you need to make a single tap on the screen before revealing the photo, however this can be done as you pick the phone back up off the table.

Confederate Mode: If you have a friend who has a copy of the app, you can perform the effect without EVER touching your phone again. You take the photo, hand your phone to the spectator, and she can be the one to reveal the photo! Your friend makes the secret entry on his phone which is transmited it to yours.

• Use any card from a standard deck (designed to match a Bicycle-brand ace).
• You can choose to end clean (you'll be viewing the photo in the real photo library, not the app).
• The spectator can hold the card.
• Includes instructional videos and full routine examples.

Ghost Card is the original "any card to any card" photo prediction app. Other apps require the card to be on a table, held at a certain angle, held unnaturally with no fingers covering any part of the card, or that require you to reveal a photo you took much earler. With Ghost Card, you take the prediction photo in view of the spectator, with the spectator in the actual photo (even holding the card), making the prediction much more personal for the spectator.

• Cannot be performed if you are surrounded for the entire performance. However the only non-spectator-safe time is when you're taking the prediction photo, and so it's natural that you don't want anyone to see what you're photographing.
• Since this app uses the iPhone camera, some lighting conditions will work better than others, so the app is not suited for every situation. Practice is needed to learn the app's limitations.

For entertainment purposes only. Does not provide real mind-reading abilities.

For questions or comments, email James at james@howdyoudothat.com