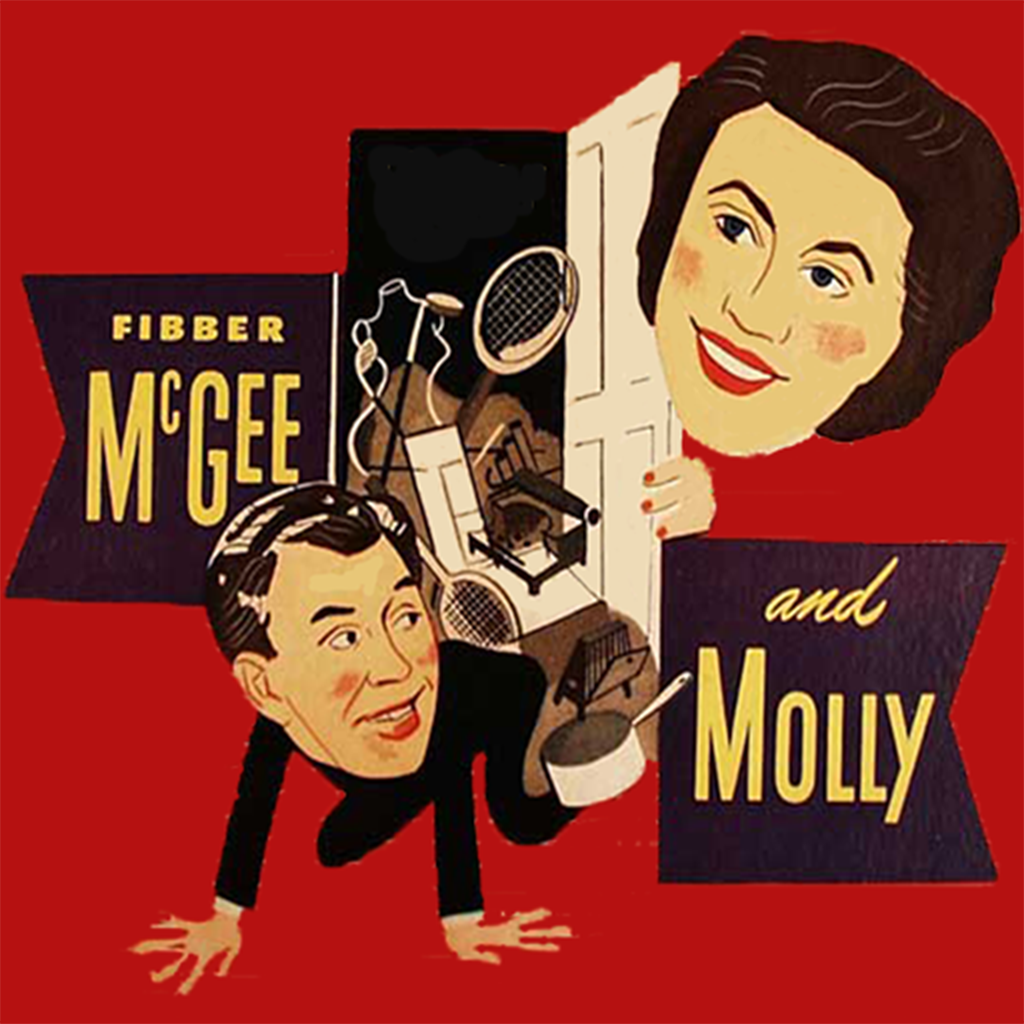 Fibber McGee and Molly was an American radio comedy series which maintained its popularity over decades. It premiered in 1935 and continued until its demise in 1959, long after radio had ceased to be the dominant form of entertainment in American popular culture.

Fibber McGee and Molly was one of the earliest radio comedies to use regular characters, nearly all of whom had recurring phrases and running gags.

Much of the show's humor relied on recurring gags, unseen regulars and punch lines that sometimes popped up here and there for years. The good-natured, disorganized McGee, named for his tall tales, and his sensible, forbearing wife, Molly, interacted with colorful neighbors in domestic situations.

Fibber's overflowing closet exemplified the show's humorous take on daily life. Regularly dramatizing current events such as wartime rationing, the show served as a semiofficial propaganda vehicle during World War II. When McGee tells a bad joke, Molly usually answered with the line "T'aint funny, McGee!" which became a familiar catch phrase during the 1940s.
McGee is never mentioned as having a job. However, Mayor LaTrivia often offers McGee jobs at City Hall, the jobs usually sounding exciting when the duties are vaguely described, but always ending up being very mundane when the actual job is named.

Due in large part to Marian Jordan's periodic health problems, Fibber McGee and Molly became a nightly 15-minute show in 1953, recorded without a studio audience in single sessions, the better to enable Marian Jordan to rest. The timing was sadly appropriate, as classic radio had entered its dying days. Still, the McGees remained a favorite presence on radio, even after the quarter-hour edition ended in 1956.

*This App requires working internet connection for it to run.