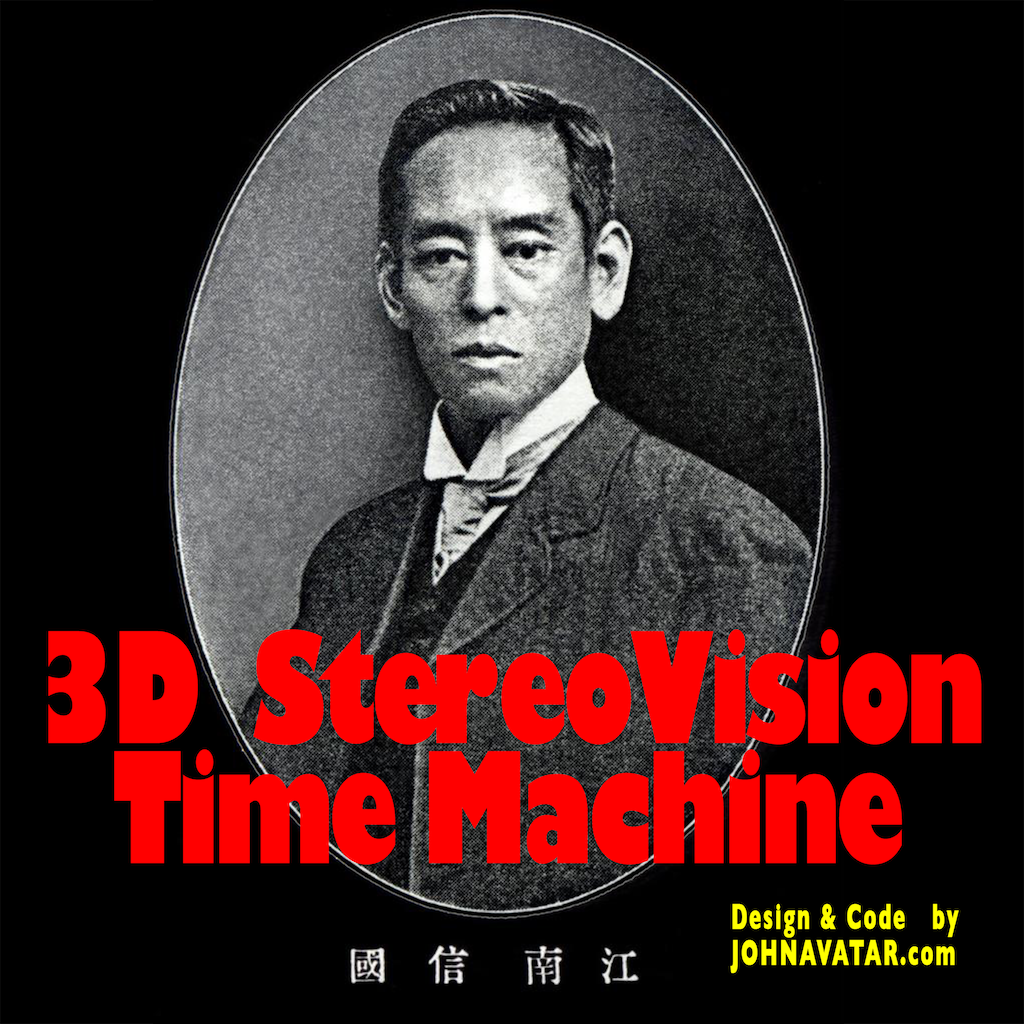 For the very first time…
Bringing 3D StereoVision to the
iPad, iPhone and iPod Touch!

These images look incredible on all iProducts and absolutely amazing on the iPad!!!!

FlipVision requires nothing other than your Device, no special glasses needed. StereoVision is best viewed with a StereoScope, which you can make your own, or buy one.

Hey…. I just made your iPad, iPhone and iPod Touch a;
http://en.wikipedia.org/wiki/View-Master

This is a technological breakthrough that occured over 150 years ago, that I'm presenting to you for the first time on the iPad, iPhone and iPod Touch! Stereography was an Art Form that was done around the world and I will be brining you future APP's of 3D images from different parts of the world and the distant past and present (and maybe the future as well!:^)

This is the first of many of these StereVision APP's that I will be bringing to you, as well as I plan to add more images to this APP......

The Music on this APP is also part of the experience, but If you would like to play your own music as background to these images, startup the Music APP on your Apple iProduct, select your music, start that playing, start this APP up and your music will replace the music I selected.

These first StereoVision images are by;

All images are of Japan circa 1898-1907 and photographed by T Enami. The image of T. Enami in the Samurai costume was a self portrait, photographed sometime around 1898 (“Ancient Warrior Costume of the Japanese”).

Those are Self Portraits of “T. Enami” in this APP at the startup, in the background when the pages turn and in the first 3D StereoVision image of the series, that is the only Black and White image and he is standing and dressed in a Ancient Samurai Warrior costume!

His photographs were hand color tinted by his wife!

Imagine…. More than 100 years later, the advanced 3D Photography of T. Enami is now on an iPad! (And iPhone and iPod Touch!:^) If he only could have lived to see it, except he would be 152 years old!!!!

3D SV TM™
is a Trademark of John Avatar™

3D STEREOVISION™
is a Trademark of John Avatar™

3D STEREOVISION TIME MACHINE™
is a Trademark of John Avatar™

Feel free to email me regarding this APP and if you need APP’s developed and especially if you are interested in funding my very fast growing START-UP!!!!:^) (I’m always looking.)

Visit T-Enami.org for a great resource and to learn more about T. Enami at;
http://www.t-enami.org

Go to WikiPedia for more great info and to learn more about T. Enami at;
http://en.wikipedia.org/wiki/T._Enami

Releasing new versions every about 3 years, on average.