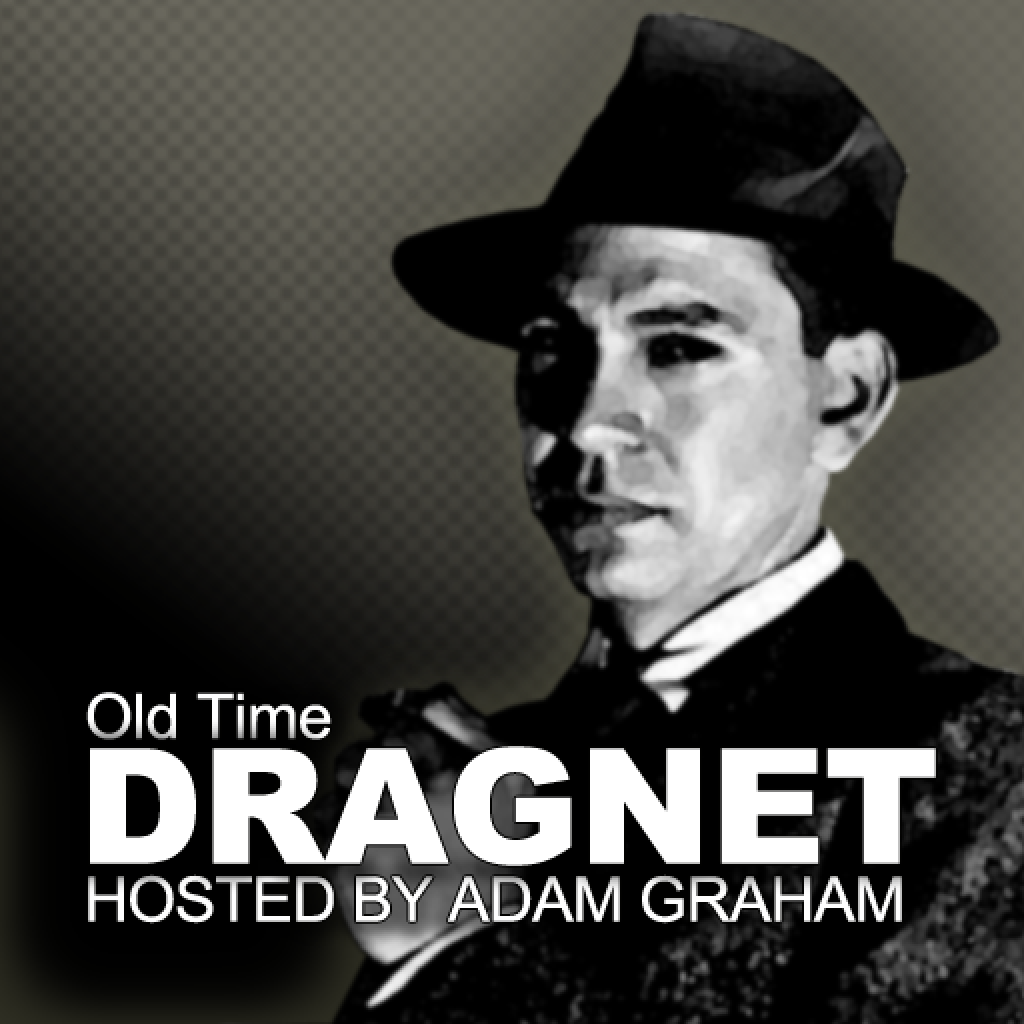 “The Story You’re About to Hear is True.”

These words were first uttered on June 3, 1949 when Dragnet came to the air as an Old Time Radio drama starring Jack Webb, who to that point had been known for playing cop-baiting hard boiled radio private detectives.

Dragnet treated the police with respect and added an element of realism that has shaped every crime drama since.

Adam Graham began The Old Dragnet Show began in March 2007 with the goal of posting every Old Time Radio episode of Dragnet from the first episode in existence from June 1949 to the final show in September 1955. Adam adds one new Dragnet episode a week to recreate the anticipation of a brand new episode every week. Occasionally, another Webb Old Time Radio production will be thrown in as a bonus to listeners.

Adam is your guide on each show, providing his idiosyncratic everyman commentary, sharing listener feedback and answering questions as he goes. The shows do feature original public service announcements, but most of the original cigarette ads have been removed.

(Please note, not all features are available for all episodes. Call-in feature is only available on iPhone but not the iPad or iPod Touch)