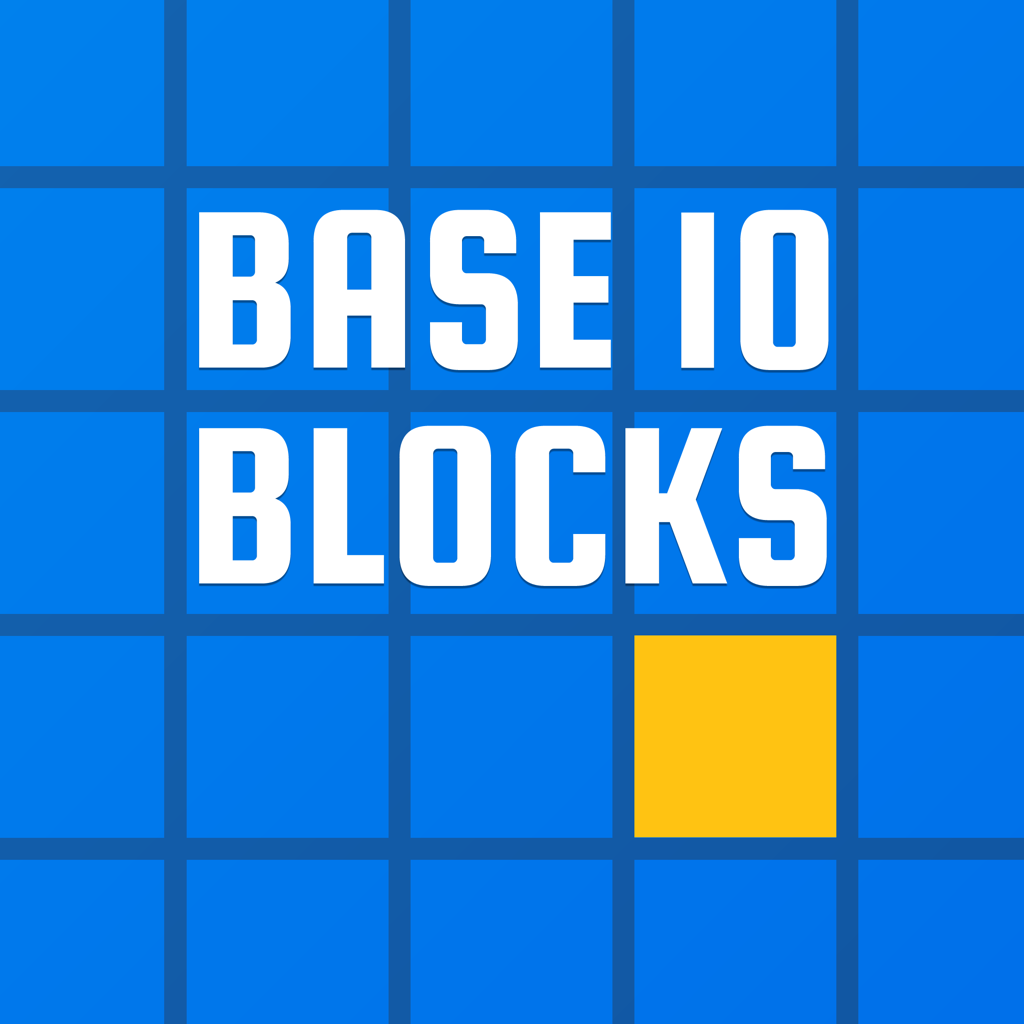 Four educational games and five practice modules can be used to enhance and reinforce the practice of Multibase Arithmetic Blocks, also known as Base 10 Blocks.

For kids of all ages, the app can be set to not use blocks above a certain value, so the younger ones can enjoy ones and tens, and those who want a challenge can throw Thousands into the mix.
Terminology can also be set to use Units/Longs/Flats/Cubes or Ones/Tens/Hundreds/Thousands - to match what the student has been taught in the classroom.

Players can enjoy tasks such as:
- Opening chests full of blocks at Treasure Beach
- Rolling dice to launch a UFO at Dice Mountain
- Discovering dragons, dinosaurs, and more with Mystery Picture
- Shopping for fun objects at the Town Market, and throwing them in a treasure chest to discover again later.

Finally, there is a simple chart with blocks provided for when a parent, guardian, or teacher wants to run their own games with the student.