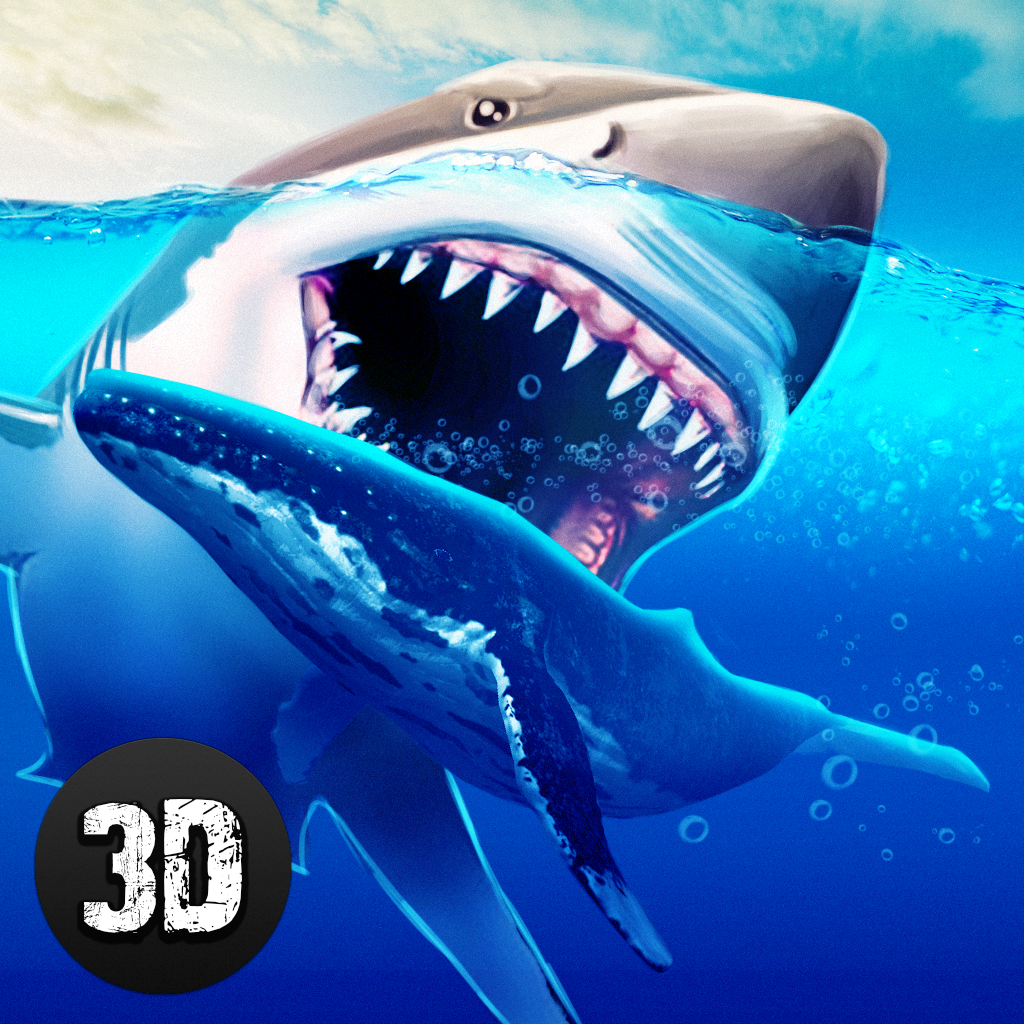 Ever dreamed to live a life of a prehistoric monster – giant ever-hunger shark Megalodon? Now you have a chance to do this – in the beautiful underwater world! Mind your hunger and a health indicator – if one of them drops, your chances to survive here would fell too! Hunt and kill – you can feed on any fish or even eat same underwater dino predator as you! Beware other Megalodon sharks – and attack them first without mercy!.
This ultimate water predator simulator would give you an opportunity to live the whole life of single animal – from the small weak and helpless whelp through mature beast to the ghost of the old gaint shark! Choose gender, name, and color and have fun to play Megalodon Shark Attack Simulator – great game for those who loves animal simulators! Upgrade your Megalodon' skills to protect your pack! It’s your chance to raise up a pack of little carnivore dinos and start your own pack to prevent the extinction of your kind!
Live the life of a real water dinosaur! Make family, protect your nest and eggs and raise up little beasts! Check different species of ocean monsters as your enemies - Mosasaurus, Plotosaurus, Dallasaurus, Goronyosaurus, Hainosaurus!
Be a dangerous long-extinct predator – giant Megalodon! Feel like a real ancient beast – hunt fish and crabs, fight sharks and other males of your kind, mate with females, raise up nestlings and have fun with our Megalodon Shark Attack Simulator!
Megalodon Shark Attack Simulator features:
Ultimate water predator simulator
Picturesque views of ocean bottom
Ability to mate and raise nestlings
Full customization of your shark
Intuitive and simple controls
Amazing 3D graphics
Play Megalodon Shark Attack Simulator and be an amazing carnivore fish living at the waters of the ancient ocean and trying to create its own family!