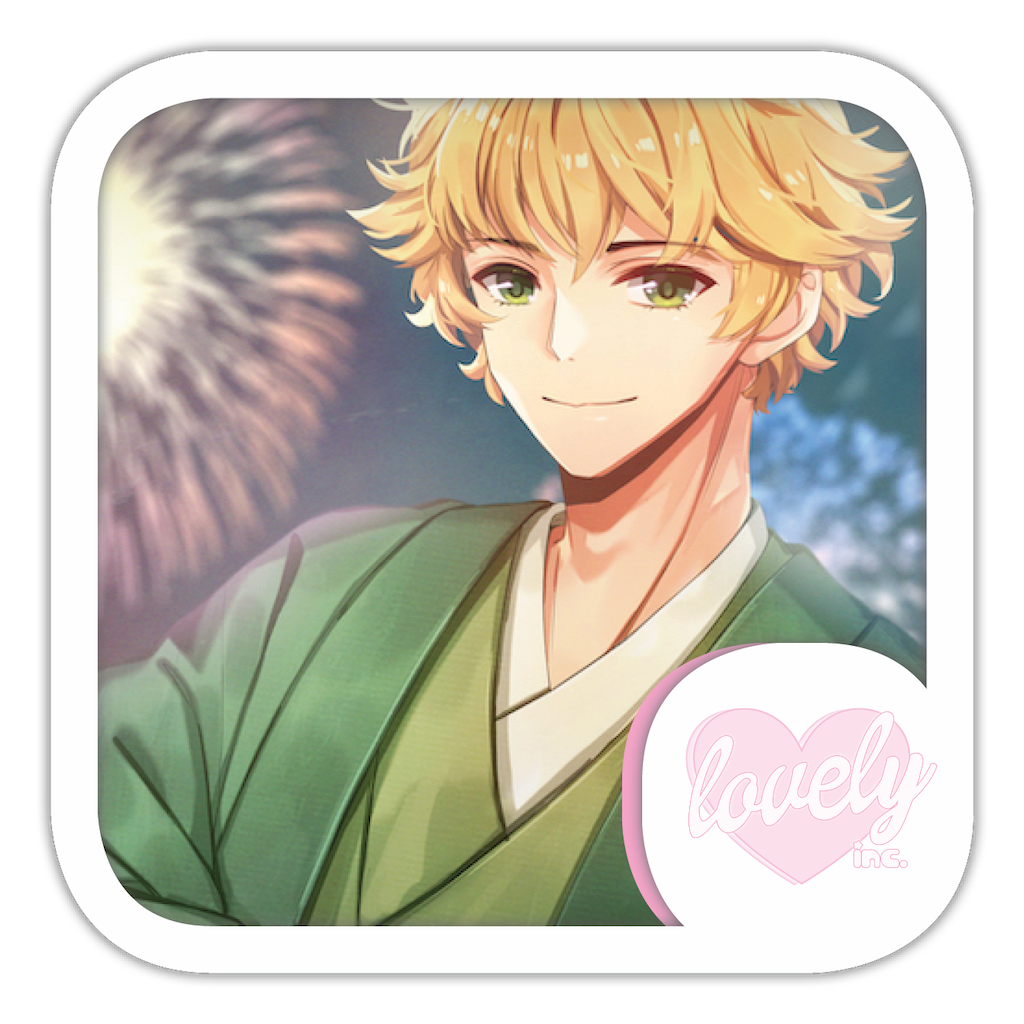 Become entranced in the wonderful world of romance. Choose your path, hear his voice, fall in love... Lovely, Inc. is an Otome gaming company made BY Otome fans just like you. Don't get trapped in an endless game of waiting, ads, and hidden fees, only to find that you ended up spending upwards of $50 on one character's story you can never replay. We believe players should get all of the special images, voiced calls, character texts, choices, and chapters with the ability to replay again and again for a low price comparable to the cost of a latte at your local cafe!

Your story begins with the anticipation of a fun girl’s trip with your best friend. With college entrance exams on the horizon, a much needed get-a-way is in order. Heading off to your aunt’s ski resort in Niseko, Japan, “The Powder Lodge,” you prepare for a relaxing week ahead. However, not long after arriving, your older brother shows up with his crew to crash the trip! Unfortunately, there are no other rooms left in your aunt's lodge, so the six of you are stuck to make do with the 2-bed flat. What's more, his three friends he brought along aren't just anyone, they are your childhood friends who moved away! Stuck in close quarters, you rekindle the relationships you once had with Usui, Yoh, and Kichirou. Will you suddenly find yourself falling in love at this beautiful mountain lodge?

*Key Features*
【Voice-Acted Calls + Voicemails, Character Texts + Social Media Posts】
Any mix of these four elements will come through on your in-game phone in between every chapter and be stored so that you can replay them again and again!
【Amazing New Graphics!】
The guys are more expressive than ever and 5 special scenes per story will trigger a special image!

【Usui Hashimoto】 - Confident & Teasing ~ Golden Hair & Emerald Eyes
Usui has been away studying in London, but is back in town going to college with your older brother. When you end up having to share a room at your aunt's ski lodge due to the resort being at max capacity, old feelings for this big brother type start to resurface. But does he view you as anything more than an immature kid?

【Yoh Moriyama】 - Playful & Flirty ~ Cocoa Tones
Yoh opened up a bakery right next to your flat in Tokyo, and his ability to guess your favorite baked goods has you wondering if he's the same Yoh you knew as a child. Turns out he accompanies your older brother on a mission to crash your girl's trip, showing up at your aunt's ski lodge along with some other friends. With the resort over crowded, your forced into close quarters with Yoh where you get to know him more. This saucy chef is a trust fund kid that takes every opportunity to flirt and tease you, but isn't he like that with all the girls?

【Kichirou Ishii】 - Grumpy & Mysterious ~ Deep Blue Eyes
Kichirou is your brother's roommate in college that you don't know much about. Other than the fact that he seems to have a seriously sour attitude towards you. But, is there a reason for the rigid rapport? When he shows up to crash your ski trip alongside your older brother and his crew, you realize you've been making a big mistake. This Kichirou is the same one you promised to marry one day! Can you melt through his icy exterior to get closer to him once again?

You will be able to read the prologue for free and two chapters of each guy as a sample. If you enjoy what you're reading, you can purchase each character's story is $4.99 for all 10 chapters and two alternate endings you can play again and again, you will get multiple character texts and voiced calls or voicemails that save to your in-game phone, and 5 special HQ images of your man to keep! If you like all three guys - consider saving with the bundle ($12.99) by checking out our current promotions page.

*Thank you for downloading!*

Made with love by the creators of Lovely Inc., kaylaslovely and kiyanaraeven