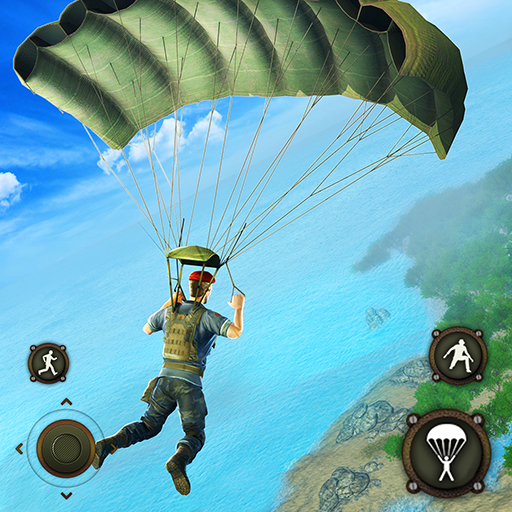 Jungle Survival is going to be very difficult for Army Commando. Survive on Island of mysterious Jungle and become the survivor hero. Get ready to explore this mysterious jungle with hungry wild animals and escape safely in this jungle survival.  To survive as real army commando you must build a shelter in a safe area away from wild animals & gather food by hunting animals. Live the life of real commando in army commando survival mission. The jungle survival mission involves stealing the radio from the villagers to contact basecamp for a rescue and army survival. An ultimate Jungle survival Island adventure army games begins, plan a strategy to steal the radio, escape from the local villagers and survive the extreme army commando mission game. Now is time to start your stealth operations to get free from this training game.

Play survival missions in a dangerous jungle with wild animals and use your driving skills and fly a helicopter to escape jungle. Run for your life in this fighting game, fight in targeted missions in a jungle and use your flying simulator skills to fly a helicopter safely as real commando. Try escaping from even the narrowest ways in this army survival game. Running fast can make you farther from being caught in this Army Commando Jungle Survival mission.  Your army commando men along with the military raft survivor have established a basecamp but the enemy has attacked it. Fight hard time for your life kick, punch, shoot and kill your Enemies in Army Commando Jungle Survival Game.