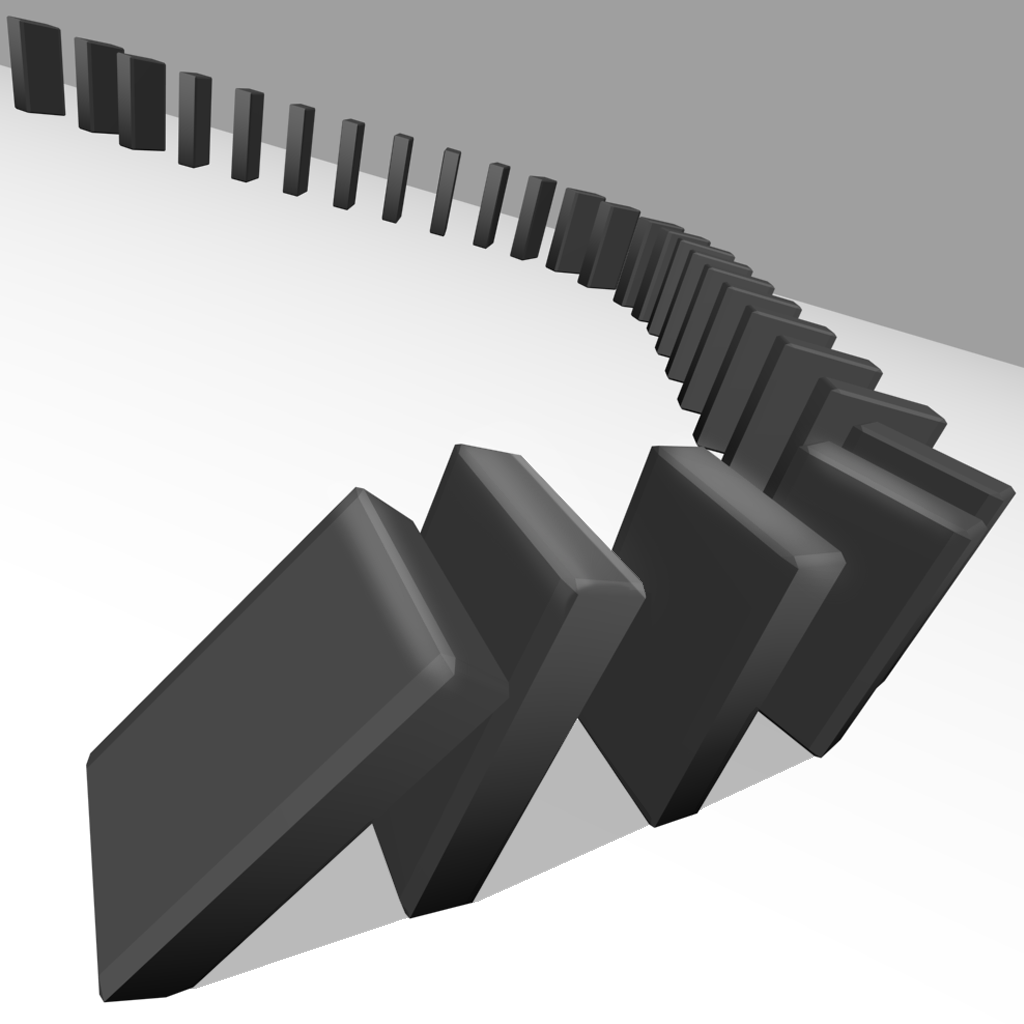 Drag your finger to easily create streams of dominos. Push the first domino to knock it over. Watch the chain reaction it creates! Select from several camera angles to follow the falling dominoes.

Creates its own interactive music, playing a note each time a domino hits its neighbor. You control how it plays the music by how close the dominoes are to each other and how many simultaneous streams are active.