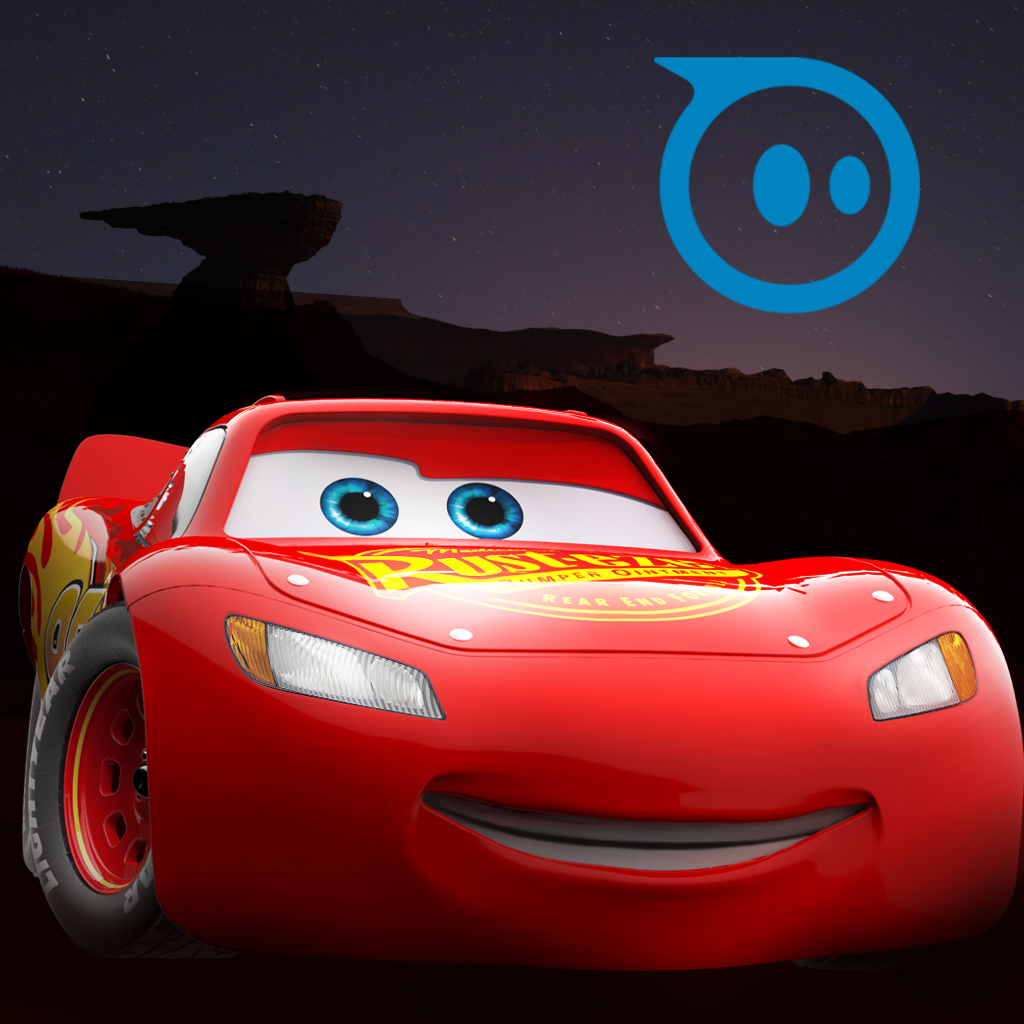 This. Is. Lightning McQueen™.

Ultimate Lightning McQueen is the top of the line racer packed with personality. With animated eyes, an animatronic mouth, and emotive suspension, experience Lightning like never before.

A seven-time Piston Cup Champion, Ultimate Lightning McQueen was born to race. Connect to the app, hit the gas, and see Lightning respond to your commands with his personality on display, thanks to emotive actions and speech. Watch him lean into hairpin turns and drift like a pro.

When you’re not driving and drifting with Lightning, sharpen your pit crew skills in Pit Stop Panic, create scripts for Lightning to perform in his next Rust-eze spot in the Acting Studio, or kick back and relax by watching Disney•Pixar’s Cars with Lightning while he reacts to the movie.

FREE DRIVE
Slide your finger on the driving pad to guide Lightning... he’ll go wherever you push the joystick, drift, do donuts, and even react to his expert racing moves.

PIT STOP PANIC
Train hard and join the pit crew. Lightning coaches you as you race the clock changing tires, fueling up, and getting racers back on the track.

ACTING STUDIO
Direct Lightning McQueen as he prepares to be on camera. Create scripts with your favorite phrases and actions for him to perform.

DRIVE-IN
Watch Disney•Pixar’s Cars with Lightning and watch him react to the movie. Select this option with Lightning plugged in to charge, start the movie, and hear all he has to say.

Now watch Lightning react to Disney•Pixar's "Cars 2" and "Cars 3" and see more of his story unfold. Because sometimes it's just as fun to watch the race.

RACING
It's what Lightning McQueen does best. Race against opponents from Disney•Pixar's "Cars 3". Test your skills, perform maneuvers, and see your competition's progress on your device's screen while racing around your home.

ACHIEVEMENTS
Did we mention winning? The more you drive, play, and act, the more you can unlock in the new achievements section. Get playing and unlock them all.

RC-STYLE DRIVING
Remote control enthusiasts, rejoice! Ultimate Lightning McQueen now has the option to use RC controls. The joystick on the left side of the app screen controls forward and reverse, and the joystick on the right moves you left and right. Check out settings to turn on RC Driving throughout the app.