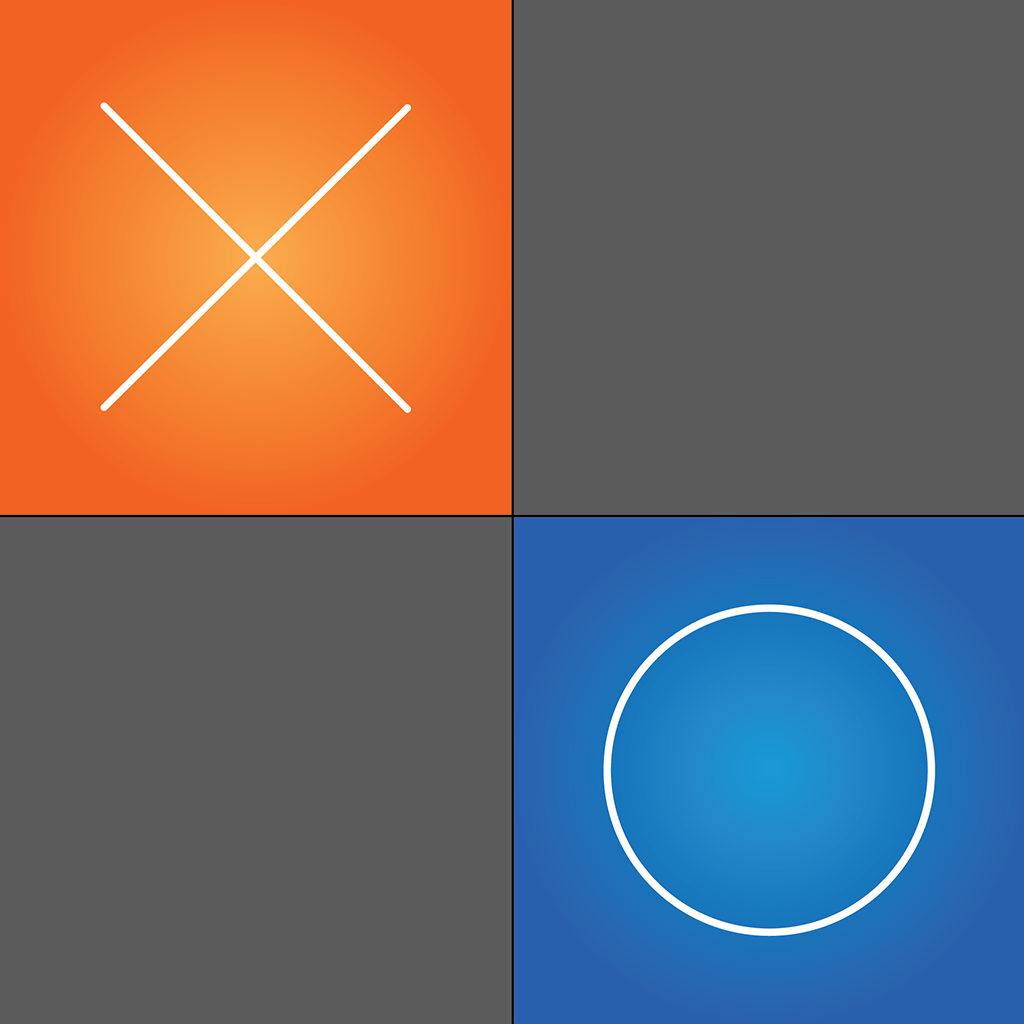 The old school tic-tac-toe game. A popular game of the junior school is on your device. There are several play modes: Human being vs Human being, Human being vs CPU and CPU vs CPU (for the case if you are curious to know how your device will fight against itself).

The Computer game player has two intelligence levels: general (CPU) and simplified (CPU-kid). CPU-kid mode is good enough for the children that just get to know the base of the logical games.

Tap shifts the rival according to his name: Human, CPU or CPU-kid.