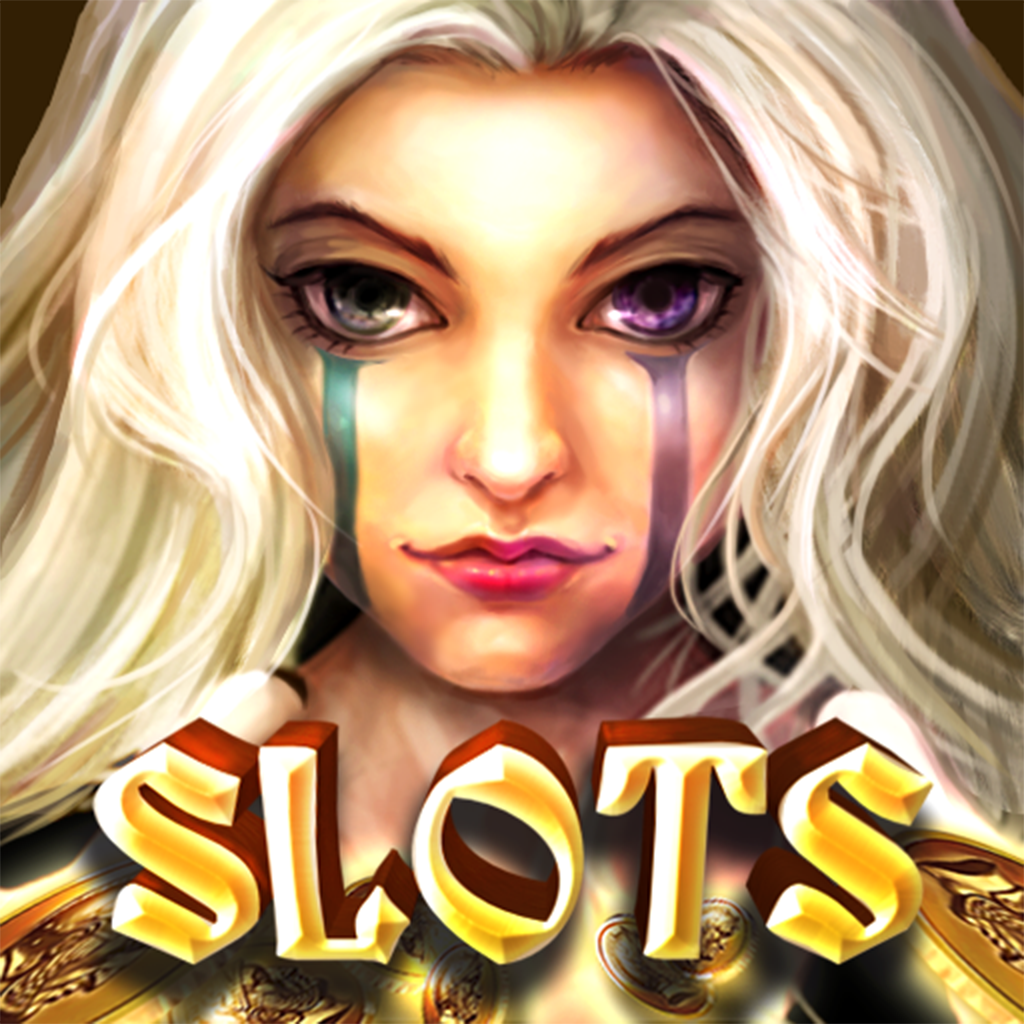 A new concept of slots that will satisfy players from all around the world!
The one and only choice for VIP Slots Mania, with easy play whenever by whomever.

■ Quest mode has been added.
- Conduct the missions to win honor points.
- Rank can be received according to points won.

■ Richer game contents!
- Attach the gold layer to win coin.
- A bonus game appears whenever 5 tower floors are removed.
- Mini games can be played with the amount won.

■ Upgraded casino slots and a new gaming concept brought together! Break Tower!
- Attack the towers, the shared target of the players, to win additional game money!
- Join hands with other players to demolish the towers the heathen build to challenge the gods, and win bonuses in the process!

■ Your other self! Bring up your character and upgrade your skills for increased chances of scoring high!

■ Cooperation v. Competition! The choice is up to you. Come out on top at the end of battle!

■ No time to be bored! A variety of contents added
- Bonus game money won every 2 hours
- A wide variety of time quests, with rewards every time you finish a quest!!

■ An upgraded chatting system allows players to chat among themselves.
Use a variety of macro-type expressions to converse with people from all around the world.

■ Seamless 3G and Wi-Fi network support! Enjoy in any and all online environments.

No more boring slot games where all you do is press a button! Intelligent play! The last survivor is the one who takes chances.
Here's to your winning today's jackpot… Go Goddess Slots Go! 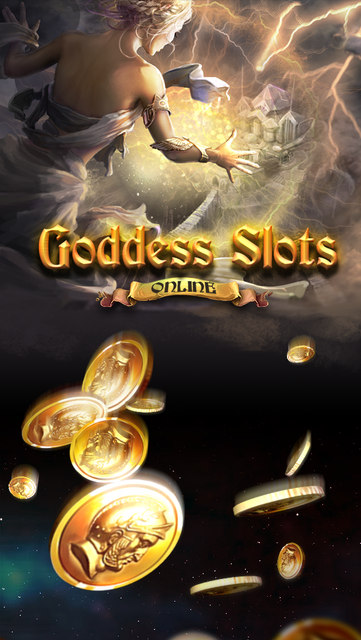 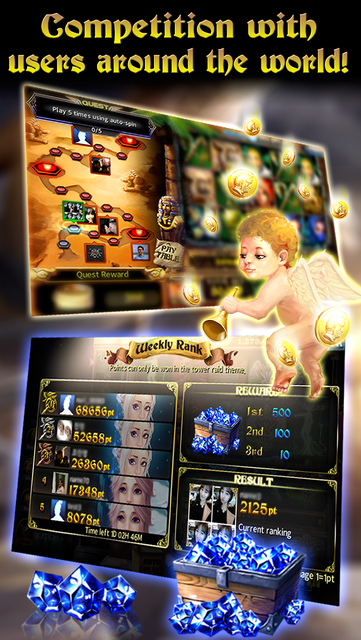 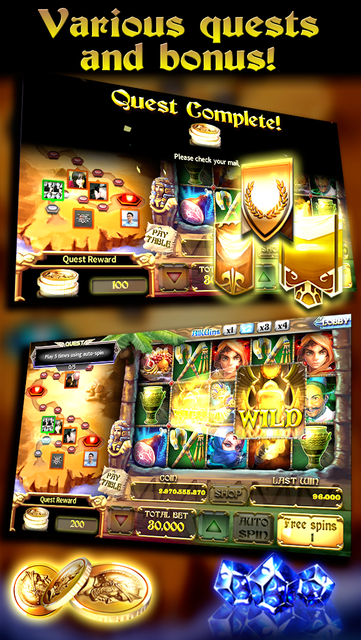 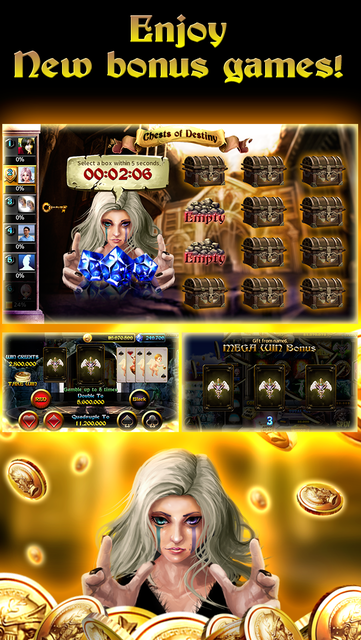 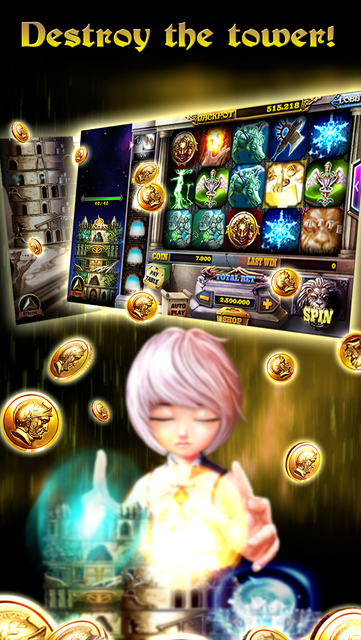