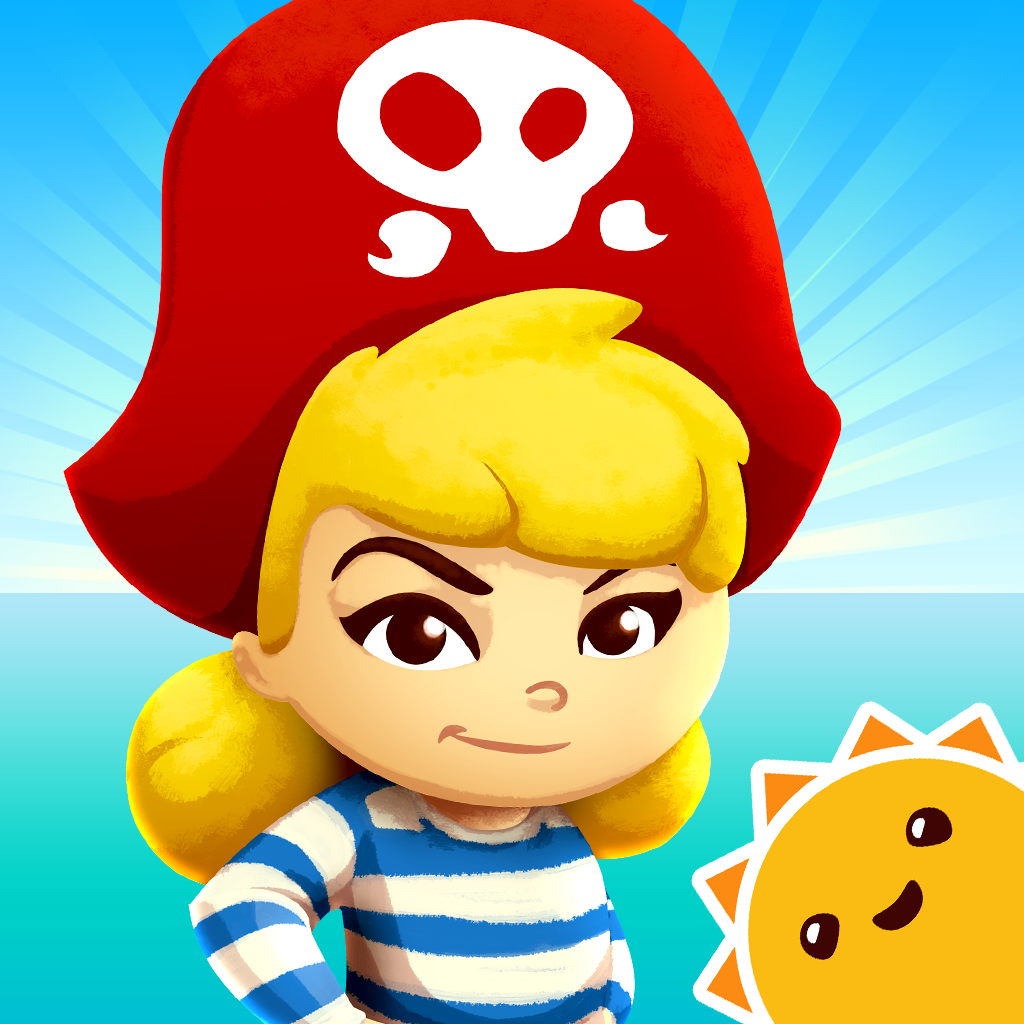 Ready for a swashbuckling adventure? When Isabel the Princess goes to a party dressed as a pirate, so begins an incredible, action-packed adventure. Explore a world filled with pirate galleons, fearsome monsters and fruit-flinging monkeys. Release your inner buccaneer with adventurous pirate games: piece together treasure maps, dance a pirate jig, then show off your sword skills with some fancy pirate fightin’!

Yo, ho ho and a barrel of fun! There’s puzzles to solve and laughs along the way. Will the Princess escape from the scoundrel Pirate Captain Peg? What’s the secret pirate recipe?

GAMES:
• Complete the games, puzzles and challenges and use your pirate skills to win badges!
• Island Explorer: Avoid mines and monsters as you hunt for treasure on the high seas.
• Dance Star: Yarr! Learn some pirate dance steps at the Scallywag Inn.
• Cliff Climber: Escape from jail by climbing down a treacherous cliff. Don’t look down!
• Swashbuckler. Ahoy Matey! Fight off a swarm of cheeky monkeys.
• Map Magician: Piece together the shredded treasure maps!
• Monster Masher. Battle the biggest sea monster you've ever seen!

FEATURES
• Full 3D experience. Shiver me timbers, it’s just like a real book!
• A treasure trove of 9 mini-games set in amazing 3D pop-up scenes
• Stunning illustrations with colors a pirate’s parrot would envy
• Fully narrated in English, French, German and Spanish by professional scallywags from around the world
• Read to Me, Read it Myself, and Autoplay modes
• 36 pages of beautifully-presented story text and illustrations
• Featuring a rip-roaring musical score and hilarious sound effects

STORYTOYS BOOK APP REVIEWS:
"I wondered who was going to get pop-up books right, and [StoryToys] wins by a long shot. I recommend this app quite highly and know that little ones will come back to it again and again. Great work all around!"
~ David Winograd, TUAW

"StoryToys has near-brilliantly rethought children's books. This application evolves the very concept of what a story can be."
~ Jeremy Horowitz, iLounge

“Every page keeps the reader wanting more. The interactivity of the pop up pages is superb.”
~ Leanne McGinty, Ahgoo Review

“Stunning. If I had to sum up this app in one word it would absolutely be stunning.”
~ Danielle Smith, TheresABook.com

STAY IN TOUCH!
Stay in touch to hear about new releases and promotions:
- Visit us: storytoys.com
- Email us: For any technical issues please email us at support@storytoys.com
- Like us on Facebook: Facebook.com/StoryToys
- Follow us on Twitter: @StoryToys