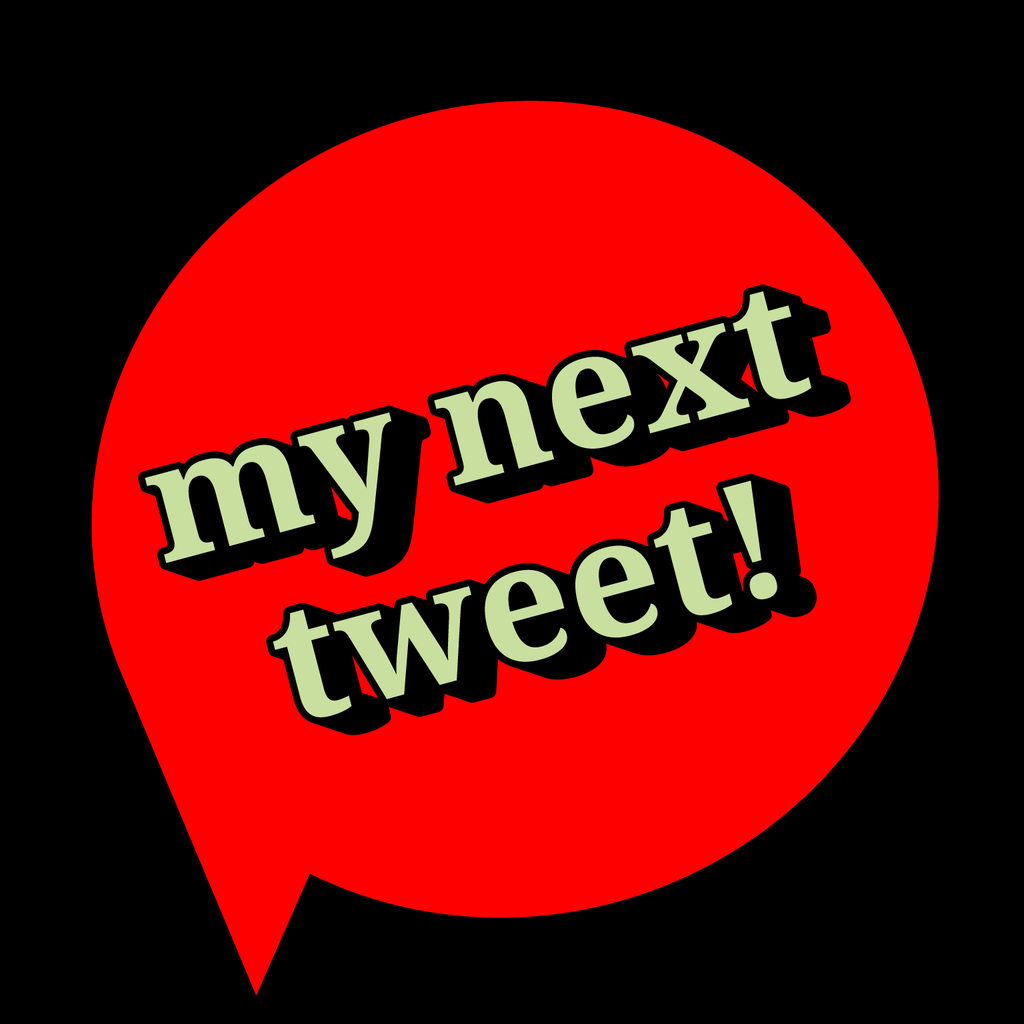 That Can Be My Next Tweet generates your future tweets based on the DNA of your existing messages.

NEW: combine your future tweets together with someone else to create bizarre mix-ups and profoundly strange combinations!

— WHAT OTHERS HAVE SAID —

Gizmodo: “Dreamlike. Semi-sensical. Sort of terrifying. The site is less a Twitter toy than a disturbing peer into my subconscious.”

Mashable: “While some of the autogenerated tweets seem plausible enough (…), other autogenerated strings are nothing short of hilarious.”

CNN: “A bizarrely addictive little time-waster (…) sounding something like a mashup of Yoda, a freshman philosophy major and Caine from Kung Fu.”

The Huffington Post: “The results are, predictably, hilarious. I couldn't have said it better myself.”

Time: “Add this to the pile of brilliant Twitter-related time-wasters.”

The Next Web: “Are we really so predictable that everything that we tweet can be broken down by a machine to figure out what we’ll say next?”

The Washington Post: “My theory is that this generator captures the subliminal. This sounds a bit like how I’d like to spend a Sunday in an alternate universe.”

Urlesque: “If you've ever wanted to write like a Twitter spambot, here's your chance. Trying it with Urlesque's Twitter gave us a whole bunch of ideas for animal videos we wish existed in real life.”