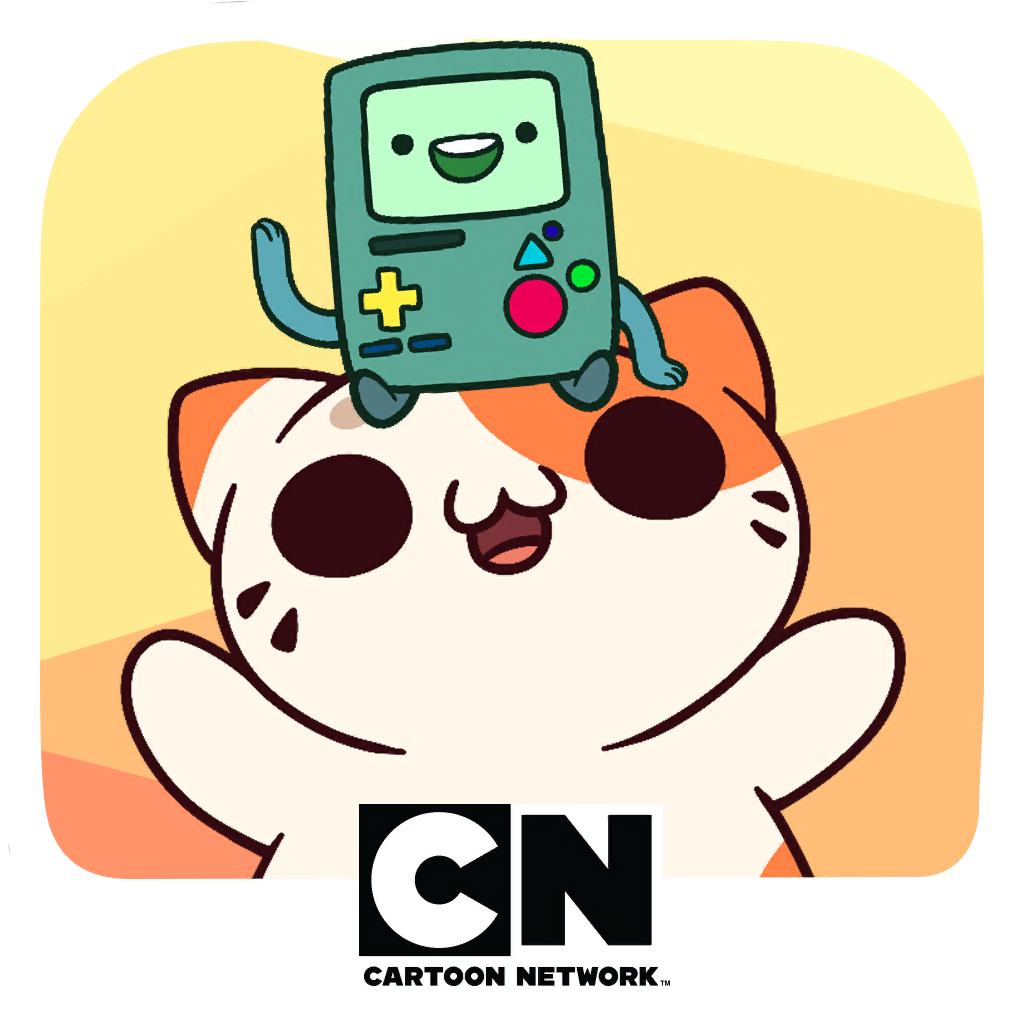 The KleptoCats have returned to invade the colorful worlds of popular Cartoon Network series such as Adventure Time, The Amazing World of Gumball, The Powerpuff Girls, Steven Universe and We Bare Bears.

Some have theorized that we are not alone in the multiverse… that there are creatures out there far more clever, more smarter, more advanced-er and more cuter-er than we could possibly fathom. They were right! Blossom, Ice Bear, Steven, Gumball and Finn are about to learn the hard way that having a (klepto)cat problem is soooo much worse than it sounds. Witness as the adorable KleptoCats unleash chaos turn their worlds upside down.

But look on the bright side! The KleptoCats can bring some pretty PAW-some stuff... like Adventure Time’s Enchiridion or Gumball’s cursed Game Child game console.

Use the mystical KleptoScope to travel to the worlds of Adventure Time, The Amazing World of Gumball, The Powerpuff Girls, Steven Universe and We Bare Bears and witness as your favorite Cartoon Network characters interact and engage with the adorable KleptoCats. Wether it’s marveling at Adventure Time’s Jake enjoying a signature burrito, helping The Amazing World of Gumball's titular character plan for a date with Penny, or listening to The Powerpuff Girls’ Mojo Jojo drone on about how great he is, again... there will never be a lack of amazing and unforgettable moments to experience.

But of course, like with any fancy feline, you need to take good care of the KleptoCats to keep them healthy, happy and klepto-y. Make sure to frequently pet, wash and feed the little rascals and then send them out on a journey to recover lost items, or even bring back magical gizmos and whatnots from other worlds.

Pet Simulator Game
• Take care of multiple cats.
• See the cats you unlock playing in the rooms.
• Keep your cats clean, full and happy by washing, feeding and petting them.

Relaxing Idle Game
• Easy gameplay - check in every once in a while to see what the cats have brought.
• Explore the Cartoon Network worlds at your own pace.
• Idle game - let the KleptoCats do the… “klepting” for you.

Collector Game
• Collect hundreds of special Items.
• Unlock cute cats in each world.
• Unlock reactions and moments from characters such as Adventure Time’s Marceline the Vampire Queen and We Bare Bear’s Nom Nom.

So come on down and join your favorite Cartoon Network characters and meet the most adorable, quintessentially kawaii heroes, the KleptoCats, in their greatest adventure yet. 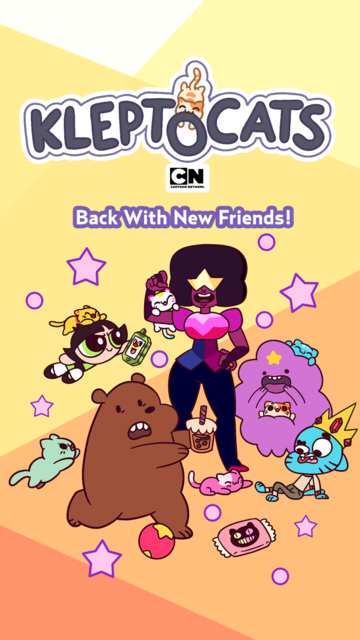 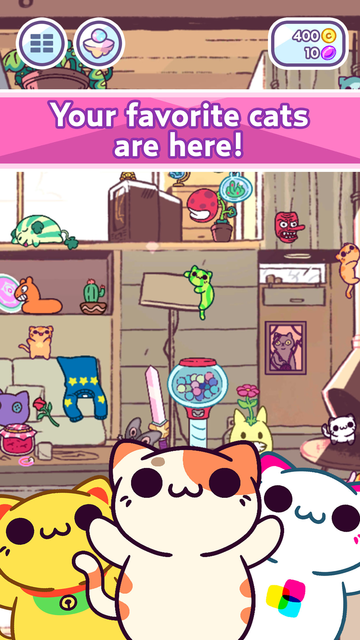 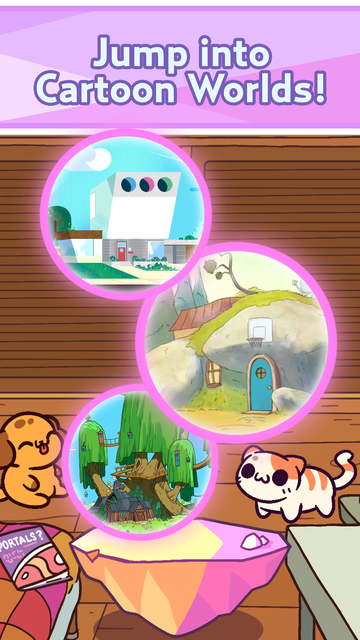 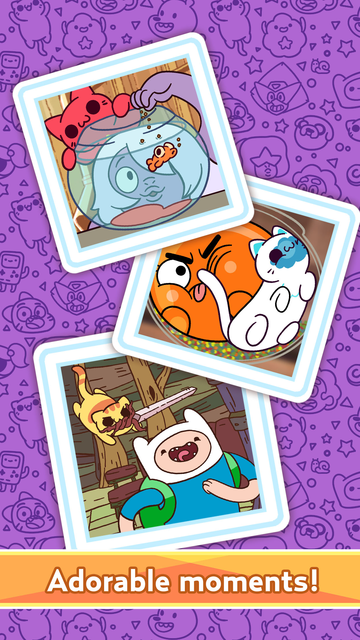 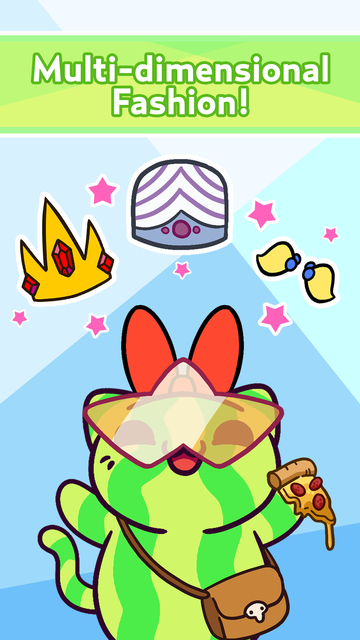 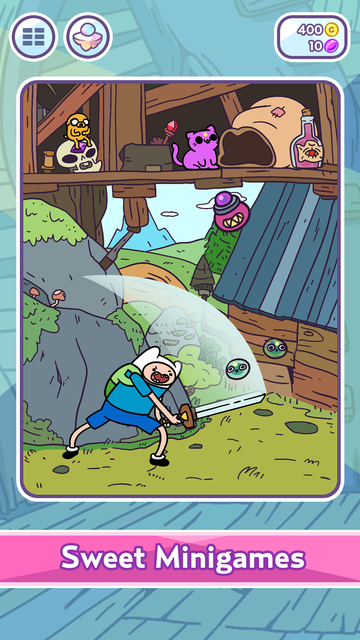