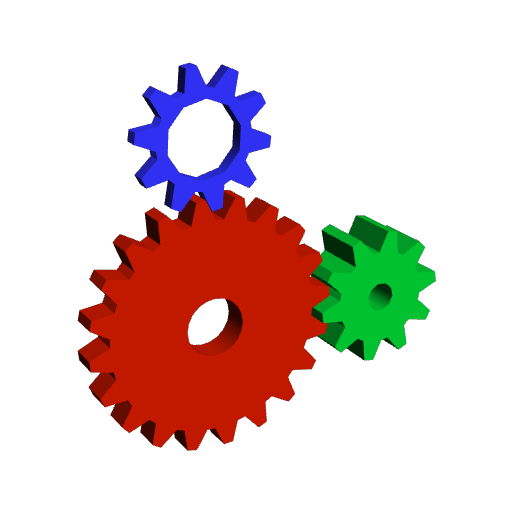 Gears for Android is a heavily modified port of the famous "gears" demo to Android.

The Gears demo is an open source project intended to help developers learn how to create OpenGL ES programs on Android. The Gears demo was originally written by Brian Paul as part of the Mesa3D project. My implementation includes variations for Java/OpenGL ES 1.x, Java/C/OpenGL ES 1.x and Java/C/OpenGL ES 2.0. I have also added several features not found in the original implementation including touch screen support, VBOs and an on-screen FPS counter.

The FPS (frames-per-second) counter is often used as a benchmark metric for graphics programs. On Android the frame rate is limited by v-sync (typically 60 FPS) which is the fastest rate that a display can refresh the screen. Since Gears is capable of rendering much faster than v-sync on most devices it provides limited benchmarking value. 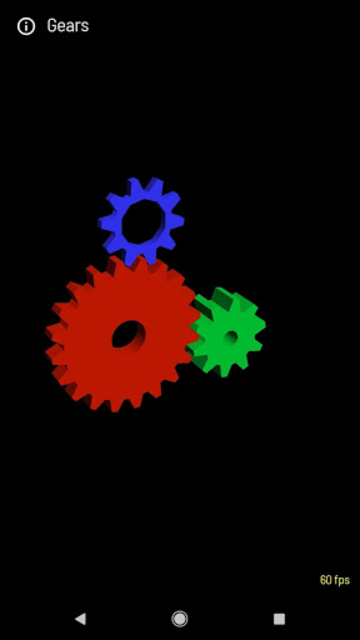 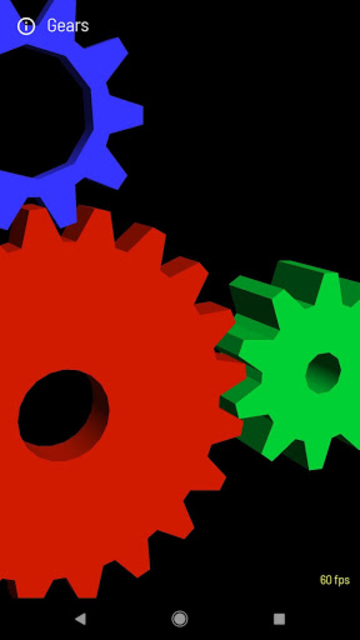