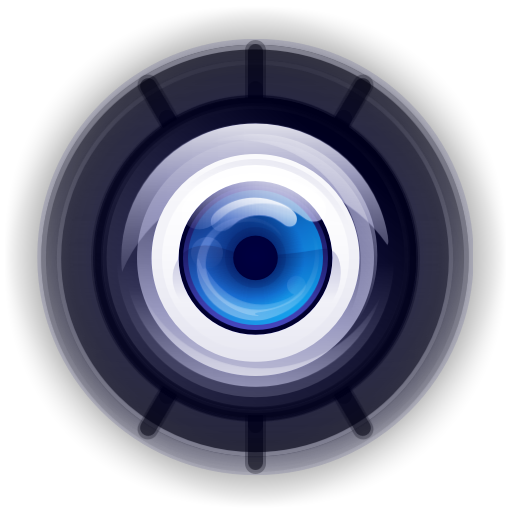 THIS APPLICATION IS ONLY GUARANTEED TO WORK ON THE LG G5, BUT MAY WORK ON SOME OTHER PHONES.

An application which generates a near range depth map, using elementary depth from focus techniques. The user takes a photo, and a corresponding depth map is generated. The depth map will primarily be in greyscale, with white corresponding to near proximity. Red indicates that not enough data is given for the phone to know the distance.

This application is a proof of concept prototype, and thus has many issues. The application is only guaranteed to run correctly on the LG G5. However, it may or may not run on any android phone which has manual focus as part of the Camera2 API. Expect the depth map to be grainy, and often inaccurate.


Tips for use:
1) On pressing the "take another picture" button, hold the phone still for 2-3 seconds.
2) Take photos where the majority of the scene is within one foot / a third of a meter away from the camera
3) Take photos with lots of detail. The algorithm often cannot tell how far away smooth single-color surfaces are.
4) Take photos in sunlight, or at least well-lit rooms. Lighting is key. 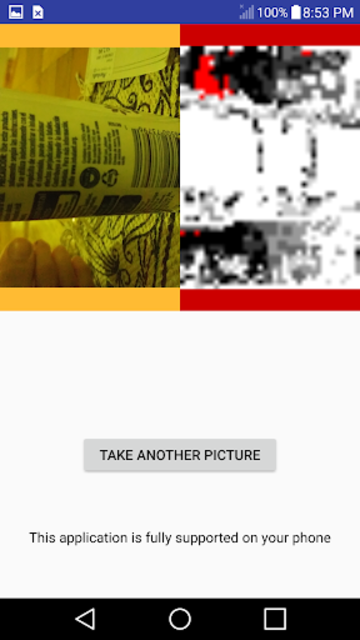 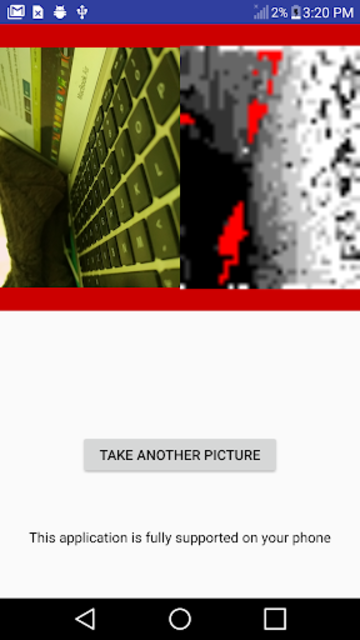 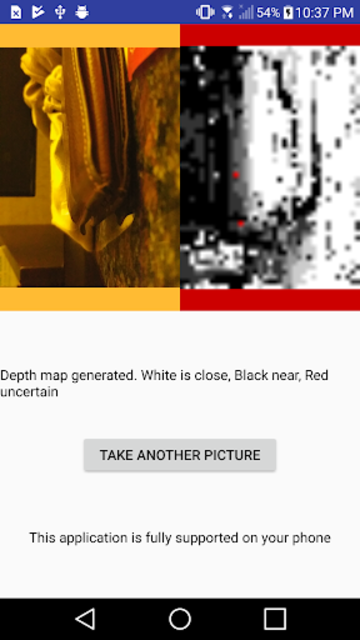